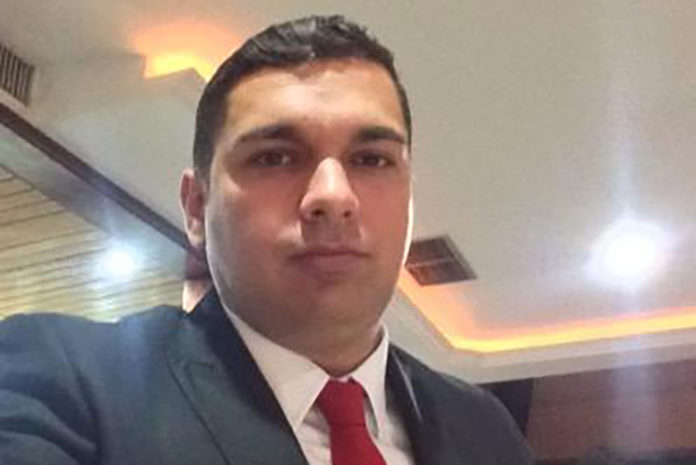 FOX News, Friday, October 13: “Where in the world is Jesus Campos?”

“The Mandalay Bay security guard shot by Stephen Paddock in the moments leading up to the worst mass shooting in modern U.S. history was set to break his silence Thursday night with five television interviews, including one on Fox News, Campos’ union president said.”

“Except when the cameras were about to roll, and media gathered in the building to talk to him, Campos reportedly bolted, and, as of early Friday morning, it wasn’t immediately clear where he was.”

Did Campos decide his account of the shooting would become a problem for him, because it would contradict the official scenario? Did his Mandalay Hotel employer, or the police, tell him to keep his mouth shut?

On a practical level, the timeline would become very important if lawsuits are filed against the Mandalay owners.

Meanwhile, Jeff Rense has posted the long, detailed, written testimony of a witness at the concert, 28-year-old Kymberley Suchomel. Here is a brief excerpt: “We are all hanging out on this sheet [at the concert], dancing our booties off, enjoying ourselves so much that we took off our boots to get even more comfortable…the first volley of gunfire was released. It was a shorter volley than any of the others [that followed]…So, as we are running, we approach this fence where men are throwing women over, and we ran up to it as they had knocked It down, so we were able to get out…”

“But the gunfire wasn’t stopping this whole time. It wasn’t ceasing. It wasn’t slowing down. And It was directly behind us, following us. Bullets were coming from every direction. Behind us, in front of us, to the side of us. But I know, I just know, that there was someone chasing us. The entire time I felt this way. The farther we got from the venue, the closer the gunfire got. I kept looking back expecting to see the gunmen- and I say MEN because there was more than one person. There was more than one gun firing. 100% more than one…”

Kymberley Suchomel and her group did finally escape and get home safely. Then…

As seacoastonline.com reports, “About a week after surviving the mass shooting at the Route 91 Harvest Festival in Las Vegas, Kymberley Suchomel has died.”

“Suchomel, 28, who was not injured during last week’s shooting, died early Monday at her Apple Valley home, according to her grandmother, Julie Norton, the co-founder of the High Desert Phoenix Foundation.”

“Norton found Suchomel just after 8:30 a.m. when she arrived to care for her 3-year-old great-granddaughter, Scarlett. She believes Suchomel may have died in her sleep after her husband, Mike, left for work at 4:30 a.m.”

“‘Kymberley had epilepsy and she’s always been prone to seizures – she told her friend that she recently had three focal seizures,’ Norton told the Daily Press. ‘I believe the stress from the shooting took her life’.”

Here is a video from a man who states he has military weapons experience, and knows about wounds from high-powered weapons. He views the Vegas shooting as rife with fraud on several levels. Some people will interpret his analysis to mean no one died and it was all a hoax, and others will draw the conclusion that people did die, but there were multiple shooters. I repeat what I wrote in a previous article—the Vegas event could be both a fraud and real:

People did die. And others, planted in the concert crowd, were faking wounds. If researchers on both sides of this issue start arguing with each other on the basis of “all-fake” or “all-real,” the truth will suffer. And mainstream news can cherry-pick the most “absurd conspiracy theories,” highlight them, and thereby paint all independent analyses with same broad brush.