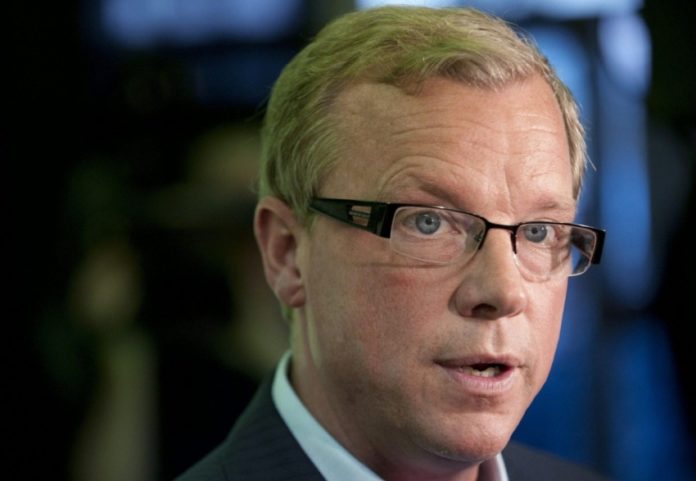 A Message from Brad Wall, Premier of Saskatchwan…

TransCanada made the decision to cancel Energy East – but make no mistake, the reasons for it fall at the feet of Prime Minister Justin Trudeau and the federal government. They have been, at best, ambivalent about the project and then moved the goalposts at the last moment by asking the regulator to consider the impact of upstream greenhouse gas emissions.

Imagine if something like this was considered prior to the construction of auto assembly plants in Ontario or the factories that manufacture heavily subsidized jets in Quebec or the highways and rails that transport those products.

Former federal Liberal Cabinet Minister, and now Montreal Mayor, Denis Coderre cheers the cancellation of this pipeline. He who leads a city that, just 2 years ago, used a pipeline to dump 4.9 BILLION litres, or nearly 2,000 Olympic-sized swimming pools, of raw sewage into the St. Lawrence Seaway.

It is a good thing that Mr. Coderre’s hypocrisy needs no pipeline for conveyance, for it would need to be very large and could never get approved for construction.

When Coderre cheers for the end of this pipeline, he cheers for the imported oil we buy from Saudi Arabia, where women can now drive, but the public beheadings continue.

He is cheering against an energy sector in our country that employs thousands and has paid on average over the last 3 years $17 billion annually in taxes and royalties to Canadian governments.

$17 billion is enough to pay for 680 new schools, 1.8 million knee replacements and 4.25 million child care spaces. We have lost an opportunity to strengthen quality of life in Canada.

Beyond the immediate impact, there are other reasons to be concerned.

A new Liberal carbon tax, new Liberal tax changes for small business (that will hurt many in the energy sector and farmers), changes to the NEB applied only to this sector and not to others, and methane regulations that will not be mirrored south of the border, with whom we must compete for job creating investment dollars.

We have a company that committed more than a billion dollars to a project and made earnest efforts to address the concerns of the public and regulators. A company that made 700 changes to its plans as part of that response. Make no mistake, other companies’ decisions to invest in Canada will be informed by this debacle.

The expectation of course from the federal government, and some powerful central Canadian interests, is that the west will just grin and bear this latest blow to our economy and our people.

That our taxpayers in Saskatchewan and Alberta will continue to send, without question, about $2.5 billion in equalization payments to help support Quebec that receives $11 billion in equalization per year and $1.4 billion to Ontario. All of this despite the fact that low energy prices have resulted in job losses and lower revenues for the last 4 years.

Something needs to change. For the west to continue on like this in our federal system is the equivalent of having Stockholm syndrome.

The decision by TransCanada to cancel the Energy East project was made because of a lack of interest and leadership – or worse, intentional decisions and policies of Prime Minister Justin Trudeau and his government. He should answer for this. He needs to be held accountable for this.

His actions and his government’s actions may well have some westerners wondering if this country really values western Canada, the resources we have, and the things we do to contribute to the national economy and to quality of life for all.