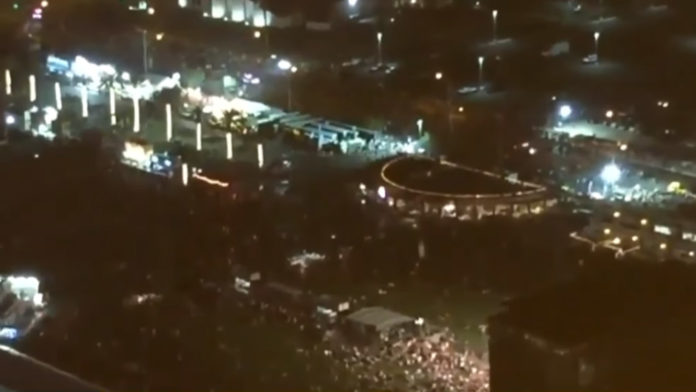 (Natural News) In a stunning statement that adds further weight to many of the questions raised by Natural News and other independent media leaders — the only remaining real journalists in America — Clark County Sheriff Joseph Lombardo publicly affirmed his belief that Stephen Paddock did not act alone.

“…[H]e had to have some help at some point,” Sheriff Lombardo is now quoted as saying by the UK Express.

Natural News and other independent media outlets have been the only investigative journalists in the country to ask real questions that expose the gaping holes in the “official” narrative of what happened at the Mandalay Bay massacre. Websites like SGTreport.com, TheEconomicCollapseBlog.com and The Daily Sheeple have detailed the ludicrousness of the official story with articles like “MISSION IMPOSSIBLE: Official story of Las Vegas shooting unravels; physical impossibility of lone gunman senior citizen makes narrative ludicrous.” Michael Snyder has also published, “16 Unanswered Questions About The Las Vegas Shooting That The Mainstream Media Doesn’t Want To Talk About.”

Now, Sheriff Lombardo echoes that very story in saying, “Maybe he was a superhuman who figured this out all on his own but it would be hard for me to believe that.”

This statement affirms exactly what I wrote on Natural News just two days ago, saying, “The only way he could have carried out this shooting is if he were transformed into a human superweapon through a magic wand. I’m calling this ‘Mission IMPOSSIBLE’ because of the physical impossibility of a retired, untrained senior citizen pulling this off.”

The fact that law enforcement is now supporting the contention that Stephen Paddock did not act alone throws a curve ball to the FBI, which claims they somehow pulled of a miraculous investigation that cleared Paddock of ties to international terrorism groups, all in a record time of less than twelve hours. The astonishing speed of the FBI’s announcement confirms they are lying, of course. The FBI can barely complete an office memo in 12 hours, much less conduct an exhaustive investigation into international terrorism in that time frame.

Informed Americans, already suspicious of the FBI’s involvement in allowing Hillary Clinton to get away with committing multiple felony crimes via destruction of her classified emails, are now beginning to wonder whether the FBI is now actively covering up the truth about the Las Vegas Mandalay Bay shooting.

Caller on the Michael Savage show describes TWO shooters, including one who walked through the crowd, spraying gunfire in every direction