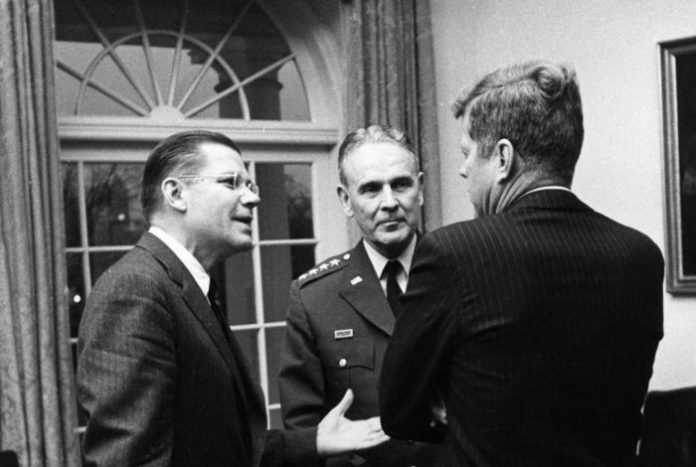 The Ken Burns/Lynn Novick documentary series on Vietnam, currently airing on PBS, skates very lightly over one of the war’s most contentious questions: Did John F. Kennedy intend to pursue the fight or to pull out?

The second program alludes almost in passing to a withdrawal plan in 1962, conditioned on a then-optimistic assessment of how the war was going. But it also reports Kennedy’s qualms, expressed to a friend, as “We don’t have a prayer of staying in Vietnam. Those people hate us. They are going to throw our asses out of there at any point. But I can’t give up that territory to the communists and get the American people to re-elect me.” From this point, the program moves quickly to events in Saigon, to the November 1, 1963 South Vietnamese coup, and to Kennedy’s own assassination three weeks later.

But this presentation is highly misleading. In fact, Kennedy’s feelings about Vietnam went beyond mere qualms: he had already reached a decision and acted on it. In National Security Action Memorandum 263, dated October 11, 1963, Kennedy articulated his decision to withdraw all US military forces from Vietnam by the end of 1965 — with the withdrawal to be completed after the 1964 election. This was the formal policy of the United States government on the day he died.

Evidence of JFK’s Decision to Withdraw from Vietnam

The evidence is massive and categorical. It includes:

* Robert McNamara’s instructions to the May 1963 SecDef Conference in Honolulu to develop the withdrawal plan.

* A  detailed account of the McNamara-Taylor mission to Vietnam that returned with the withdrawal plan, drafted in their absence in the Pentagon by a team under Kennedy’s direct control.

* An audiotape of the discussion at the White House that led to the approval of NSAM 263 (National Security Action Memorandum), which implemented the plan; this audio was released by the Assassination Records Review Board at my request.

* The precise instructions for withdrawal delivered by Maxwell Taylor, Chairman of the Joint Chiefs of Staff, to his fellow Chiefs on October 4, 1963, in a memorandum that remained classified until 1997.

“On 2 October the President approved recommendations on military matters contained in the report of the Secretary of Defense and the Chairman of the Joint Chiefs of Staff. The following actions derived from these recommendations are directed: … all planning will be directed toward preparing RVN forces for the withdrawal of all US special assistance units and personnel by the end of calendar year 1965. The US Comprehensive Plan, Vietnam, will be revised to bring it into consonance with these objectives, and to reduce planned residual (post-1965) MAAG strengths to approximately pre-insurgency levels… Execute the plan to withdraw 1,000 US military personnel by the end of 1963…”

Why do so few Americans know that President Kennedy, a few weeks before his assassination, had decided to get the US military out, and avert what would later become the “quagmire” of a full-scale American war in Vietnam? 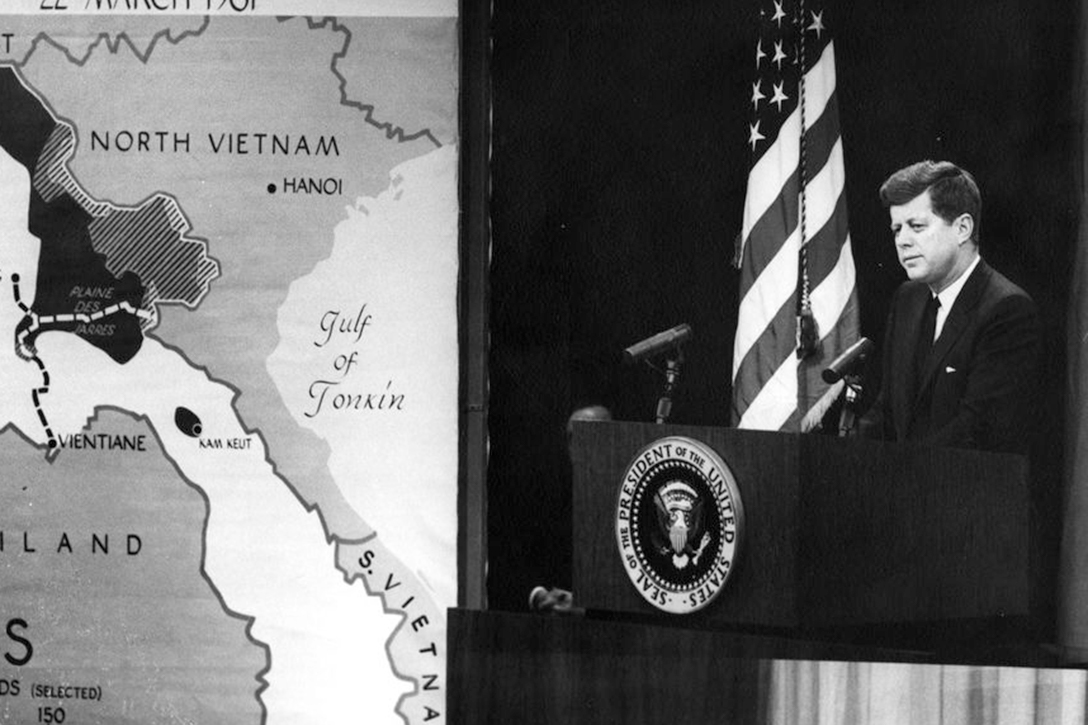