Zheng Gao of Shanghi, China, photographs the front pages of newspapers on display outside the Newseum in Washington the day after Donald Trump won the presidency. (AP Photo/Susan Walsh) 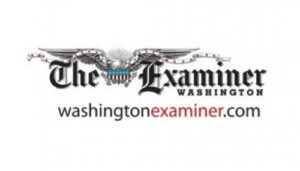 Most of the top political polls that got the 2016 presidential race dead wrong are continuing to use a flawed methodology in rating President Trump’s approval ratings that favors Democrats, women and younger voters, according to a new analysis.

The report shows that the mainstream polls oversample an average of 29 percent more Democrats than Republicans and the results skew anti-Trump. The result is that it robs Trump of about 8 points in his approval ratings, from 46 percent to 38 percent, it said.