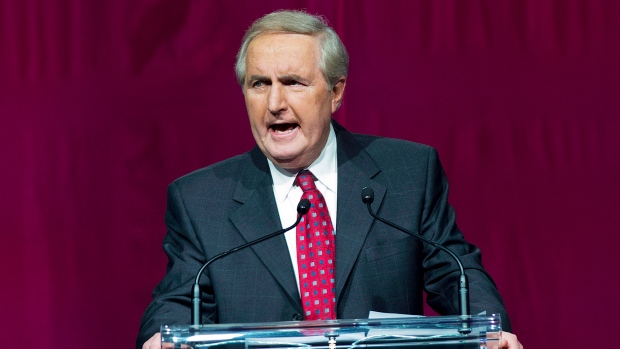 (Roy Romanow has told author Chantel Hébert that as Saskatchewan’s premier during the 1995 Quebec sovereignty referendum, he established a committee to look at his province’s options in the event the Yes side prevailed and Quebec separated from Canada. (Nathan Denette/The Canadian Press)

While the sovereignty referendum campaign was gearing up in Quebec in 1995, a team of Saskatchewan officials headed by Premier Roy Romanow considered the possibility that the Prairie province might leave Canada in the event of a Yes win.

The tantalizing footnote to Saskatchewan history is contained in a new book by Toronto Star columnist (and CBC At Issue panelist) Chantal Hébert that’s being released Sept. 2. CBC and other media have received advance copies of the book.

In The Morning After: The Quebec Referendum and the Day that Almost Was, it’s revealed that Romanow set up a special committee to assess options for Saskatchewan if Quebec were to separate.

The committee’s work was filed under the “boring” title of Constitutional Contingencies — “a choice,”  the authors write, “intended to discourage curiosity — and was funded “off the books, outside the provincial Treasury Board process, to ensure its secrecy.”

It stayed secret until this week, when Maclean’s magazine published a review of the book.

Ultimately, the No side won a narrow victory in the referendum.

Romanow said he instructed the secret task force in fall 1994 to explore every scenario, including an option for Saskatchewan to separate from the rest of Canada.