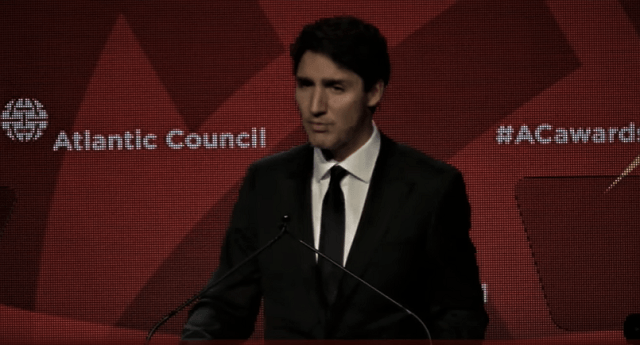 The elites see Trudeau as the defender of their privileges and power, which is a clear sign that he is opposed to middle-income and working-class Canadians.

The Atlantic Council gave the 2017 Global Citizen Award to Justin Trudeau, which the government and establishment media will undoubtedly spin as a good thing.

However, a closer look at the Atlantic Council reveals that they are a bastion of elitism and powerful global entities.