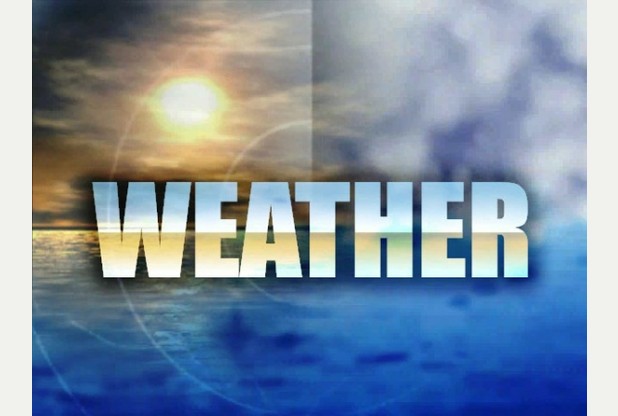 Ed Note: hey folks, they already own the weather…

Weather as a Force Multiplier Owning the Weather in 2025

In the broadest sense, weather-modification can be divided into two major categories: suppression and intensification of weather patterns. In extreme cases, it might involve the creation of completely new weather patterns, attenuation or control of severe storms, or even alteration of global climate on a far-reaching and/or long-lasting scale. … The weather-modification applications proposed in this report range from technically proven to potentially feasible. (from page 5 last paragraph and page 6)

Modification of the ionosphere to enhance or disrupt communications has recently become the subject of active research. … A number of methods have been explored or proposed to modify the ionosphere, including injection of chemical vapors and heating or charging via electromagnetic radiation or particle beams (such as ions, neutral particles, x-rays, MeV particles, and energetic electrons). It is important to note that many techniques to modify the upper atmosphere have been successfully demonstrated experimentally. (from page 21)

In 2025, US aerospace forces can “own the weather” by capitalizing on emerging technologies and focusing development of those technologies to war-fighting applications. The purpose of this paper is to outline a strategy for the use of a future weather-modification system to achieve military objectives rather than to provide a detailed technical road map.

A high-risk, high-reward endeavor, weather-modification offers a dilemma not unlike the splitting of the atom. While some segments of society will always be reluctant to examine controversial issues such as weather-modification, the tremendous military capabilities that could result from this field are ignored at our own peril. From enhancing friendly operations or disrupting those of the enemy via small-scale tailoring of natural weather patterns to complete dominance of global communications and counterspace control, weather-modification offers the war fighter a wide-range of possible options to defeat or coerce an adversary.

Some intervention tools exist today and others may be developed and refined in the future.

Current technologies that will mature over the next 30 years will offer anyone who has the necessary resources the ability to modify weather patterns and their corresponding effects, at least on the local scale. In this paper we show that appropriate application of weather-modification can provide battlespace dominance to a degree never before imagined. “The technology is there, waiting for us to pull it all together;” in 2025 we can “Own the Weather.”

In 1957, the president’s advisory committee on weather control explicitly recognized the military potential of weather modification, warning in their report that it could become a more important weapon than the atom bomb.

How will the military, in general, and the USAF, in particular, manage and employ a weather modification capability? We envision this will be done by the weather force support element (WFSE), whose primary mission would be to support the war-fighting CINCs [Commander in Chiefs] with weather-modification options, in addition to current forecasting support.

Conceivably, with enough lead time and the right conditions, you could get “made-to-order” weather.

One method we propose would further maximize the technology’s safety and reliability, by virtually eliminating the human element. To date, much work has been done on UAVs [Uninhabited Aerospace Vehicle] which can closely (if not completely) match the capabilities of piloted aircraft. If this UAV technology were combined with stealth and carbon dust technologies, the result could be a UAV aircraft invisible to radar while en route to the targeted area, which could spontaneously create carbon dust in any location.

Weather-modification technologies might involve techniques that would increase latent heat release in the atmosphere, provide additional water vapor for cloud cell development, and provide additional surface and lower atmospheric heating to increase atmospheric instability. Critical to the success of any attempt to trigger a storm cell is the pre-existing atmospheric conditions locally and regionally.

In summary, the ability to modify battlespace weather through storm cell triggering or enhancement would allow us to exploit the technological “weather” advances of our 2025 aircraft.

Exploitation of “NearSpace” for Space Control

This section discusses opportunities for control and modification of the ionosphere and near-space environment for force enhancement; specifically to enhance our own communications, sensing, and navigation capabilities and/or impair those of our enemy.

Communications Dominance via Ionospheric Modification Modification of the ionosphere to enhance or disrupt communications has recently become the subject of active research. A number of methods have been explored or proposed to modify the ionosphere, including injection of chemical vapors and heating or charging via electromagnetic radiation or particle beams (such as ions, neutral particles, x-rays, MeV particles, and energetic electrons).

It is important to note that many techniques to modify the upper atmosphere have been successfully demonstrated experimentally. It should be emphasized that this list is not comprehensive; modification of the ionosphere is an area rich with potential applications and there are also likely spin-off applications that have yet to be envisioned.

[Another capability] is ionospheric modification to disrupt an enemy’s communication or radar transmissions. VHF, UHF, and super-high frequency (SHF) satellite communications could be disrupted by creating artificial ionospheric scintillation.

The ionosphere could potentially be artificially charged or injected with radiation at a certain point so that it becomes inhospitable to satellites or other space structures. The result could range from temporarily disabling the target to its complete destruction via an induced explosion.

Nanotechnology also offers possibilities for creating simulated weather. A cloud, or several clouds, of microscopic computer particles, all communicating with each other and with a larger control system could provide tremendous capability.

Interconnected, atmospherically buoyant, and having navigation capability in three dimensions, such clouds could be designed to have a wide-range of properties. They might exclusively block optical sensors or could adjust to become impermeable to other surveillance methods. They could also provide an atmospheric electrical potential difference, which otherwise might not exist, to achieve precisely aimed and timed lightning strikes. Even if power levels achieved were insufficient to be an effective strike weapon, the potential for psychological operations in many situations could be fantastic.

According to J. Storrs Hall, a scientist at Rutgers University conducting research on nanotechnology, production costs of these nanoparticles could be about the same price per pound as potatoes.

Efforts are already under way to create more comprehensive weather models primarily to improve forecasts, but researchers are also trying to influence the results of these models by adding small amounts of energy at just the right time and space.

Weather-modification is a force multiplier with tremendous power that could be exploited across the full spectrum of war-fighting environments. From enhancing friendly operations or disrupting those of the enemy via small-scale tailoring of natural weather patterns to complete dominance of global communications and counter-space control, weather-modification offers the war fighter a wide-range of possible options to defeat or coerce an adversary.

Note: Remember that all of the deepest research on these projects is classified for reasons of “national security.” Many researchers suspect those who control these technologies can even influence major events like earthquakes and hurricanes. For lots more on this, see the excellent summary of reliable information on HAARP and weather modification available here.

Based in Gokona, Alaska (officially closed down), what’s likely still ongoing secretly there or elsewhere is a jointly managed US Air Force/Navy weather warfare program.

A no longer operating HAARP web site earlier called the technology “a scientific endeavor aimed at studying the properties and behavior of the ionosphere (the atmosphere’s upper layer), with particular emphasis on being able to understand and use it to enhance communications and surveillance systems for both civilian and defense purposes.”

It’s used to induce “a small, localized change in ionospheric temperature so that resulting reactions can be studied by other instruments located either at or close to the HAARP site.”

The late US scientist/environmental activist Rosalie Bertell earlier explained HAARP functions as “a gigantic heater that can cause major disruptions in the ionosphere, creating not just holes, but long incisions in the protective layer that keeps deadly radiation from bombarding the planet.”

“Military interest in space became intense during and after World War II because of the introduction of rocket science, the companion of nuclear technology.”

“During this time of intensive atmospheric nuclear testing, explosions at various levels above and below the surface of the earth were tried.”

“Some of the now familiar descriptions of the earth’s protective atmosphere…were based on information gained through stratospheric and ionospheric experimentation.”

Decades of intensive, in some cases destructive, research led to the creation of HAARP – technology to understand and control the upper atmosphere, especially for space and military use.

“The ability of the HAARP/Spacelab/rocket combination to deliver very large amounts of energy, comparable to a nuclear bomb, anywhere on earth via laser and particle beams, are frightening,” Bertell stressed.

Earlier released public information falsely called the technology a space shield against incoming weapons or a devise for repairing the ozone layer.

Modifying the atmosphere can be hugely destructive. Potentially, it can trigger floods, droughts, hurricanes, tsunamis, forest fires, and power blackouts over entire regions.

Radar, other communications, agriculture, and ecology, along with financial and other markets can be disrupted.

Weather can be manipulated to wage war, and potentially cause earthquakes and hurricanes like Harvey and Irma.

Noted physicist Michio Kaku believes these and other hurricanes were geoengineered by shooting lasers and nanoparticles into the atmosphere – storms activated by lasers.

Article I of the UN Convention on the Prohibition of Military or Any Other Hostile Use of Environmental Modification Techniques (1977) states:

“Each State Party to this Convention undertakes not to engage in military or any other hostile use of environmental modification techniques having widespread, long-lasting or severe effects as the means of destruction, damage or injury to any other State Party.”

International standards on environmental protections during conflicts date from the mid-19th century. In 1973, the US Senate adopted a resolution calling for an international agreement “prohibiting the use of any environmental or geophysical modification activity as a weapon of war.”

During the July 1974 summit in Moscow, Nixon and Brezhnev agreed on holding bilateral talks to achieve “the most effective measures possible to overcome the dangers of the use of environmental modification techniques for military purposes.”

Environmental modification technology (ENMOD) can cause irreversible damage. Yet international standards haven’t stopped their development or use.

“In other words, ENMOD techniques can undermine an entire national economy, impoverish millions of people and ‘kill a nation’ without the deployment of troops and military hardware.”

Was it responsible for Hurricanes Harvey and Irma? Do dark forces in Washington intend more hugely destructive geoengineered disasters anywhere in the world they wish to target?

My newest book as editor and contributor is titled “Flashpoint in Ukraine: How the US Drive for Hegemony Risks WW III.”