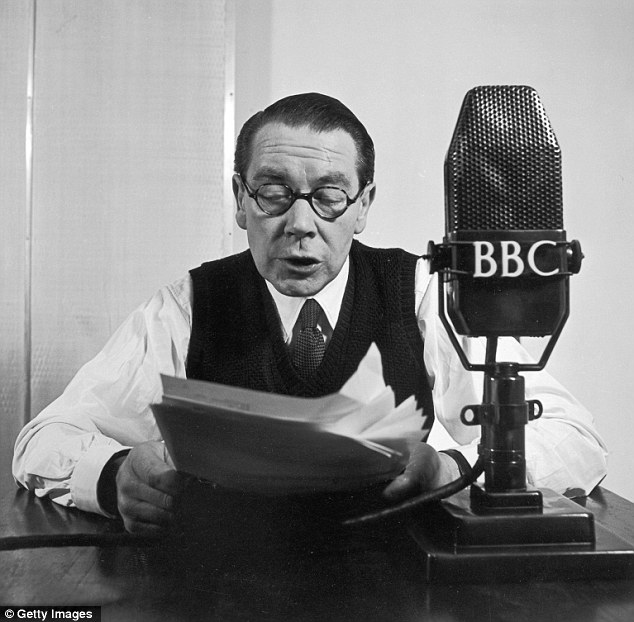 For some reason, we were all huddled as close we could to my mother’s new radio, a magical thing purchased a few weeks earlier with money she earned by cleaning wealthier people’s homes. Across an expanse of backyard gardens the single bell of St Mary’s Church rang clear through morning sunshine, a solemn call to Sunday worship.

The radio dial glowed,as a cultured BBC announcer intoned with precise diction rarely heard on radio or television today, that Prime Minister Neville Chamberlain had a message for his people.

A thin, almost querulous, voice said: “I am speaking to you from the Cabinet Room at 10 Downing Street. This morning, the British Ambassador in Berlin handed the German government a final note, stating that unless we heard from them by 11 o’clock that they were prepared at once to withdraw their troops from Poland, a state of war would exist between us. I have to tell you now that no such undertaking has been received, and that consequently this country is at war with Germany. The situation in which no word given by Germany’s ruler could be trusted and no people or country could feel itself safe has become intolerable. And now we have resolved to finish it, I know that you will all play your part. May God bless you all. And may He defend the right, for it is evil things that we shall be fighting against – brute force, bad faith, injustice, oppression and persecution; and against them I am certain that right will prevail.”

As I have reported on previous occasions, my father – a soldier seriously wounded, but a survivor of the WW1 bloodbath – comforted his wife, son and daughter with his oft-repeated affirmation that “they (German aircraft) will never get this far, they don’t have the range.”

We were assured that deep in the heart of England’s “Midlands” we would be safe. And, as he spoke, the frightening wail of air raid alert sirens invaded the house. We had heard it before at testing times, but this time – with “at war” added – was different, ominous, frightening.

We stepped outside to scan the midday sky, and as my father was repeating “it’s just an alert, I’ve told you they won’t get this far.” The most joyous sound we would hear over the next five years, the “All Clear,” sounded, clear and safe. “See,” father said, as he pulled on his jacket and headed for Abbey Street and the Wheatsheaf for a pint to plan war strategy with other WW1 warriors, “our guns stopped them at the coast.”

He was home for Sunday dinner – the midday meal – of roast beef and Yorkshire pudding at two o’clock during which he delivered a dissertation on how the war would be quickly won if Wheatsheaf strategy was followed, then went to bed for his regulation Sunday afternoon nap.

Obviously, the ruling powers in London didn’t listen, although we began to think maybe they had during the first few months after the declaration of war. It was a few months after the uneasy “phony war” started that warning sirens wailed most nights and surviving to help clean up houses shattered, but not destroyed, became routine. And, “ration cards” had relegated roast beef dinners to memory.

It was during a “just routine’ raid that we, along with our neighbours, lost all the tiles on the roof of our house as they were lifted violently from their decades old nestling places and sent slithering into the street. Cascading roof tiles and shattering glass remain air raid sounds as familiar and frightening as the scream and rattle of a falling bomb.

From September 3, 1939 to May 1945, Victory in Europe Day, it was unwise to ask my father about the flying range of the German Luftwaffe. Even after August 1945 – VJ Day – it remained a hazardous topic. But, he did admit in his post war years that after Hiroshima and Nagasaki there was no longer any place to hide.

Which is why, with an estimated 60 million killed between Chamberlain’s declaration of war and VJ Day, we need to be reminded what Samuel von Pufendorf wrote in 1673: “More inhumanity to man has been done by man himself than any of nature’s causes.” Or as Robbie Burns wrote so succinctly a hundred years later – “Man’s inhumanity to man makes countless thousands mourn.”

With sadness, on September 3, 2017, Burn’s “thousands” must be updated to countless millions while hoping – nervously in recent months – to never again hear a declaration of war and assume we will be safe.