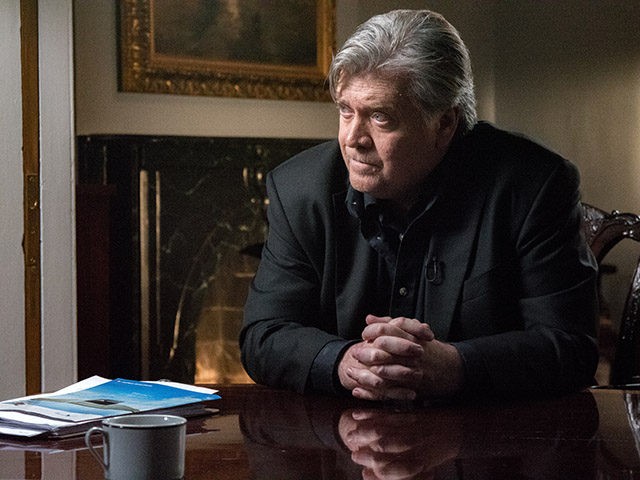 In an interview with CBS anchor Charlie Rose that will air on Sunday’s 60 Minutes, Bannon said that is why he is going to “war” with the Republican establishment. He also revealed that McConnell even told Trump’s team to “back off” the “drain the swamp” talk during one of their first meetings.

“The Republican establishment is trying to nullify the 2016 election,” Bannon told Rose, in a clip that the CBS Evening News previewed on Thursday evening. “That’s a brutal fact we have to face.”

When Rose asked him to name names, Bannon answered, “I think Mitch McConnell, and to a degree, Paul Ryan. They do not want Donald Trump’s populist, economic nationalist agenda to be implemented. It’s very obvious.”

Read More and Watch a Video clip of the Interview HERE