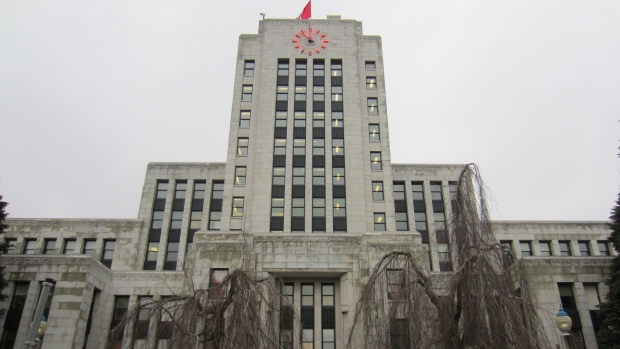 At some point, those of the moderate, center left in Canada are going to have to address the seeping anti-Semitism that is increasingly emerging from radicals who previously inhabited only the darker corners of their ideological tent.

It has long been there among the militant left:  easily witnessed by anyone who has followed the blatantly prejudiced motions and resolutions introduced, and often passed over the past few decades, at militant union conventions and by university groups that SINGLE OUT and ZERO IN on  Jews … here and abroad …. thinly disguised as “concerns” about Israeli policies, Israeli actions, Israeli professionals, Israeli  speakers and Israeli products.

Nothing to do with anything “Jewish”,  they always explain …. just out of concern for human rights, injustice etc.

Anyone who studies human rights, women’s issues, gay protections, democratic governance, rule of law knows full well these other countries are in a very sad, deplorable almost barbaric world of their own when it comes to the values the left claim to embrace, promote and defend.

So why ONLY motions directed at the Jewish state!  It is modern day anti-Semitism, and it is unfortunately finding a welcome home among the supposedly educated, enlightened left.

There was no greater proof of this than the federal Greens last Fall!

In addition to the disgraceful “anti-Israel” motions passed at the federal Green Party policy convention was one little gem aimed directly at the Canadian branch of the Jewish National Fund … a charity that has planted 240 million trees in Israel, helped build 250 water reservoirs and had funded some of the world’s top research projects in developing and expanding green and agricultural water-saving technologies… that have been adopted by other Mid East and African countries as well.

This was condemned … by the GREENS!   Because the JNF aids the Jewish state. How ludicrous!

Everyone knows there are many, many ethnic charities in Canada that provide aid and fund projects “back home” to assist people and projects in their ancestral lands: China, India, Pakistan, Ireland, Philippines, Greece, Ukraine … there’s no end to the list.  BUT no motions calling for those to lose their charitable status.

Only the Jewish National Fund was singled out for “special treatment: …or mistreatment … by the Greens.   I believe what the Greens really HATED was that the JNF raised funds … mostly from Jewish Canadians …and provided ANY kind of aid to the JEWISH state.

And now, that ugly stench of that double standard of the extreme left is wafting from Vancouver City Hall.

City officials decided to allow a talk at the city-owned Orpheum Theatre by a British conspiracy theorist, David Icke … with a long-established reputation for anti-Semitism …  claiming “lizard people” and Zionists control the world, that “Rothschild Zionists”  caused the 2008 financial crisis, were behind the 9/11 attacks and he has reportedly even ENDORSED the historically disgraced Protocols of the Elders of Zion, that purported to reveal Jewish plans for world domination.

Interestingly, Vancouver’s theatre board recommended Icke’s event NOT be accepted for a public venue ….  and be turned down, just as it had been in Toronto.  Yet, Vision’s City Hall would not stop Icke from using the public facility to make his speech.   After all, we must protect freedom of speech!

Does anyone believe that Vision’s City Hall would have allowed a public facility to be used for a speaking engagement by ANY conspiracy theorist who had an international reputation for claiming, say,  that Moslems or Chinese or Arabs or East Indians etc. are out to take over control and rule the world?

NOT!  Nor should they.

But if you have a reputation for disparaging Jewish people … including some truly awful accusations …  the welcome mat is out by the anti-Semitic far left apparently in control at Vancouver City Hall.

As I said this is not a NEW phenomenon on the far left: but WHERE were the centre left moderates on this issue?  You know, the loving, caring “we are the world” aficionados who have loudly and proudly stood up for virtually every other minority against harassment, discrimination, hatred?  Silent!

The lame excuse …so often used when anti-Semites attack Jewish people even in the most base way is:  Free speech must be protected.

Then WHY only weeks ago did Vision Mayor Gregor  Robertson and other “progressives” …. on hearing that an alt-right group planned to hold a rally OUTSIDE City Hall on a weekend day, when the building was closed … urge and support others to show up and oppose … and de facto, basically disrupt that gathering and curb them from speaking.

Where was the alt-right’s freedom of speech?  And THEY were Canadian citizens …not a foreign import like Icke.

Why didn’t the Vision lefties respect THEIR right?

Or is freedom of speech only to be allowed by those they agree with … including anti-Semites?