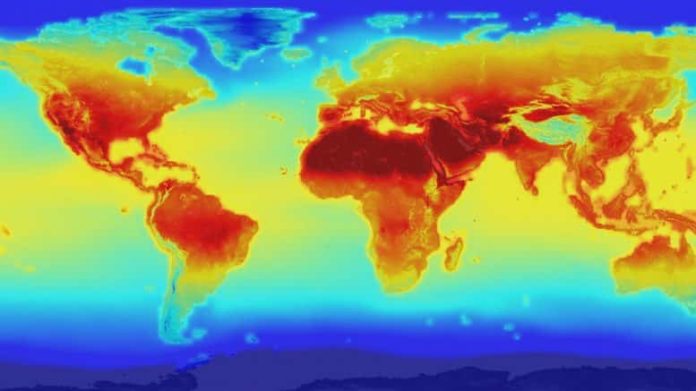 With a 50-year academic career focusing on Historical Climatology, Dr. Tim Ball is uniquely qualified to address man-made climate change, and he demonstrates that it is a flat-out hoax. Thinking people everywhere should get multiple copies of this book and hand them out to everyone they know. ⁃ TN Editor

President Trump was correct to withdraw from the Paris Climate Agreement. He could have explained that the science was premeditated and deliberately orchestrated to demonize CO2 for a political agenda. Wisely, he simply explained that it was a bad deal for the United States because it gave a competitive economic edge to other nations, especially China. A majority of Americans think he was wrong, but more would disagree if he got lost in the complexities of the science. I speak from experience having taught a Science credit course for 25 years for the student population that mirrors society with 80 percent of them being Arts students. Promoters of what is called anthropogenic global warming (AGW) knew most people do not understand the science and exploited it.

The plants need more atmospheric CO2 not less. Current levels of 400 parts per million (ppm) are close to the lowest levels in 600 million years. This contradicts what the world was told by people using the claim that human production of  CO2 was causing global warming. They don’t know the UN agency, the Intergovernmental Panel on Climate Change (IPCC), established to examine human-caused global warming, were limited to only studying human causes by the definition they were given by Article 1 of the United Nations Framework Convention on Climate Change (UNFCCC). It is impossible to identify the human cause without understanding and including natural causes. Few know that CO2 is only 4 percent of the total greenhouse gases. They assume that a CO2 increase causes a temperature increase. It doesn’t, in every record the temperature increases before CO2. The only place where a CO2 increase causes a temperature increase is in the computer models of the IPCC. This partly explains why every single temperature forecast (they call them projections) the IPCC made since 1990 was wrong. If your forecast is wrong, your science is wrong.