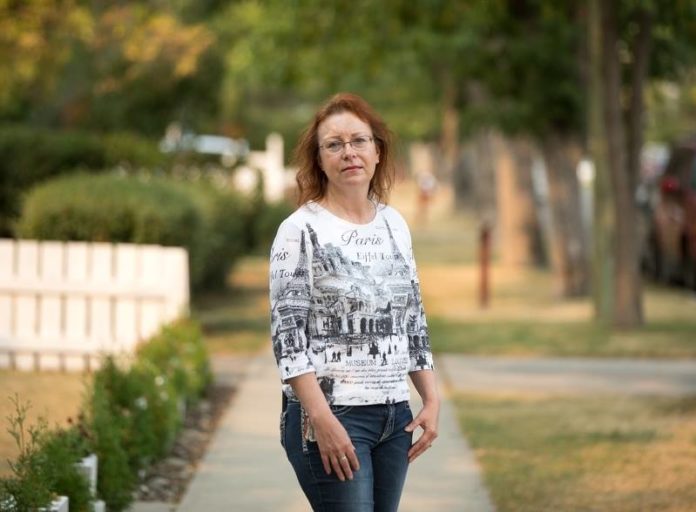 (Heather McDonald-Furcho is canvasing for signatures to start the Western Independence Party of Alberta.
Brent Calver/OWW)

A new provincial party is trying to gain a following with one main political goal – separation.

The Western Independence Party of Alberta is on the hunt for signatures in support of officially registering the party within the next six months. Close to 8,000 signatures are required, and so far the group has managed to acquire about half that amount.

Bob Lefurgey, sitting president of WIP Alberta, said the basis of the party has been around ever since Alberta became a province in 1905.

“It’s basically to remove Alberta from confederation,” said Lefurgey. “There’s been an accumulation of things over time and we’re in a perfect storm for separatists right now, with all the things going on – everything from immigration, gun control, equalization.”

In addition, he said the western provinces don’t have a voice in federal politics, because the race is won before polls in Manitoba are ever counted.

“It would be nice to actually have a say in the country you live in,” said Lefurgey. “When you stack it all up, I think we could do better off on our own.”

He said even with separation it would be necessary to be part of Canada to a degree, such as dealing with the post office or Environment Canada.

There is a lot for Alberta to gain from becoming a sovereign state, he said, like keeping money in the province rather than shelling out transfer and equalization payments.