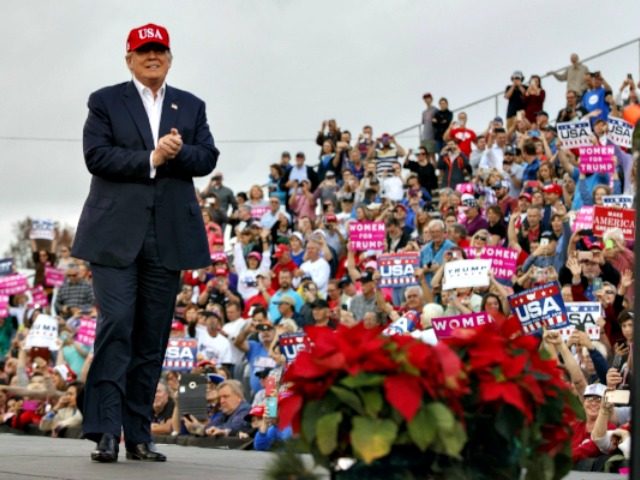 A recent poll commissioned by Dick Morris shows that Donald Trump “is much more popular than media polls report and his job approval is way higher,” Morris told Breitbart News in an exclusive interview.

“It is astonishing how different this data is from any other recent poll,” Morris told Breitbart News.

The poll’s highlights include the following:

The survey of 1,000 likely voters was conducted by John McLaughlin and Associates between August 26 and August 30 and has a margin of error of plus or minus 3.1 percent.

“It’s like coming in from an alternative reality to read this poll after all the media polls saying Trump is very unpopular, Obamacare is making a comeback, and that voters are worried about Russian meddling,” Morris, the author of Rogue Spooks: The Intelligence War Against Donald Trump, tells Breitbart News.