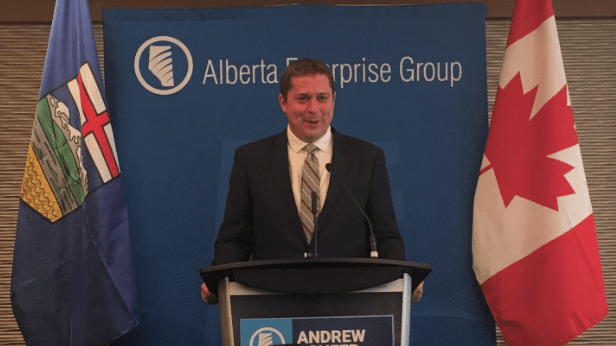 As reported by the Edmonton Journal, Scheer ripped Trudeau for blocking the Northern Gateway pipeline, despite the fact that it was approved by the National Energy Board.

Trudeau has used the energy industry as a political pawn in his game of virtue-signalling to the foreign press. Rather than stand up for Canadian jobs and prosperity, Trudeau seeks to burnish his global image instead.

Scheer also said something that will please the millions of Canadians being crushed by taxes, saying “The Conservative party of Canada under my leadership will always oppose a carbon tax.”

Scheer went after the Trudeau government for their upcoming attack on Canadian small businesses, telling the crowd of business people that he needed them to speak out about the damage Trudeau’s tax changes will do to jobs.