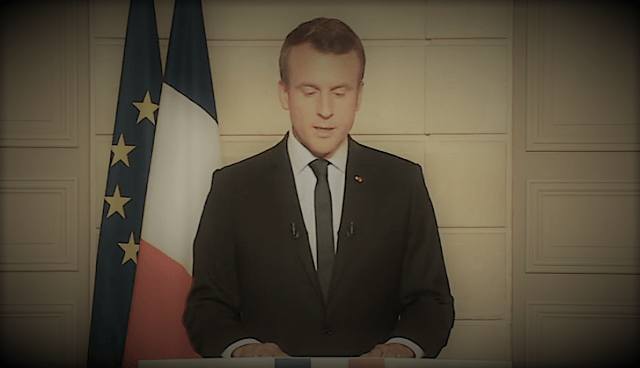 Just 37% approve of French voters approve of Macron, a drop of 20 percentage points since May.

One of the interesting, and concerning, things to watch is how the establishment media often turns politicians into temporary heroes – despite all evidence to the contrary.

Emmanuel Macron is a clear example of that.

When he was running against Marine Le Pen, Macron was featured everywhere in the global press. He was hailed as a “saviour” of France and the herald of a new global elite.

Despite being a part of the elite establishment in France as a high-level investment banker, Macron was presented as an “outsider” who would shake up the system.

As a result of this relentless and favourable coverage, Macron’s popularity soared. He won a big victory in the Presidential election, and his party win big as well.

Now it seems something is failing…