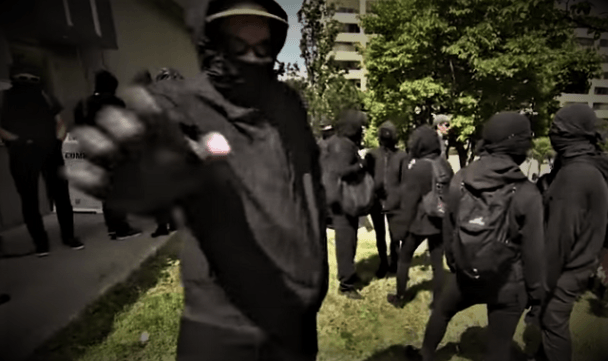 At an extreme far-left protest in Quebec City that was declared illegal by police, Antifa attacked a reporter and cameraman.1

While covering the protest, Global News reporter Mike Armstrong was pushed down the stairs, while cameraman Jean-Vincent Verveille was assaulted and had his camera destroyed.

As reported by Global, “Reporter Mike Armstrong, who was shoved down some stairs in the incident, tweeted that the attackers belonged to a violent group of anti-fascist protesters.”

The Senior VP of Global – Troy Reeb – issued a strong condemnation of the violence: