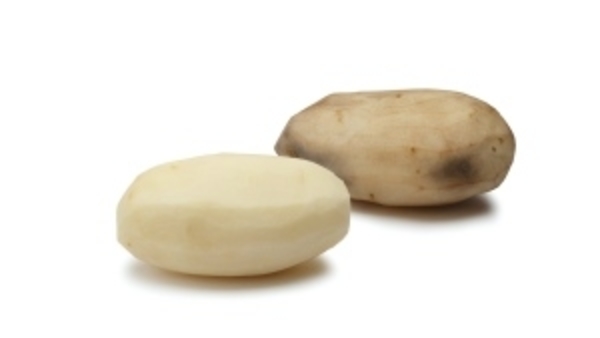 BOISE, Idaho — Three types of potatoes genetically engineered by an Idaho company to resist the pathogen that caused the Irish potato famine are safe for the environment and safe to eat, Canadian officials said Thursday.

The approval by Health Canada and the Canadian Food Inspection Agency means the J.R. Simplot Co. potatoes can be imported, planted and sold in Canada.

The company said it received approval letters from Health Canada and the Canadian Food Inspection Agency in the last several days. Health Canada spokeswoman Renelle Briand confirmed the approvals to The Associated Press on Thursday.

“We have no objection to the sale of food derived from J.R. Simplot Company’s” potatoes for human consumption, Karen McIntyre, director general of Health Canada, said in a letter sent on July 28 to the company.

Canadian officials in two other letters sent on Monday approved the environmental release of planting the potatoes and using the potatoes for livestock feed. Misshapen potatoes not considered top quality are used to feed livestock.

The three varieties of potato — the Russet Burbank, Ranger Russet and Atlantic — were approved by U.S. regulatory agencies in February.

The approval by Canada means the two nations can import and export with each other the potatoes that contain a gene resistant to late blight that led to the Irish potato famine.

The company said the potatoes contain only potato genes and that the resistance to late blight comes from an Argentine variety of potato that naturally produced a defence.