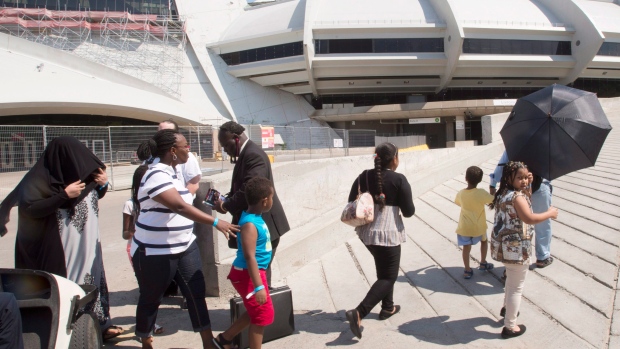 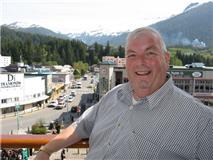 We should have expected it: when Canada put out our Welcome mat for legitimate refugees, thousands of others would rush our doors as well.

Economic migrants … NOT legitimate refugees fleeing violence … are now flooding into Canada because word has gotten around since last winter that if you get here,  you will be welcomed here. Even if you are NOT a legitimate refugee.

And with our lax enforcement system, these illegals are confident they will likely be able to stay:  by playing out the clock; soon released with federal money to live on; able to find work as their cases meander through the “process”; taking years to be heard, appealed, re-heard, re-appealed; while they make sure they have kids born here, so eventually …. IF finally ruled to be here illegally … they can offer tear-filled pleas (CBC The National alert!!!) to be able to stay since their kids are Canadian and the whole family now has roots here.  How could we then send them back!

While LEGAL applicants … who actually respect our immigration rules … take YEARS to apply, be assessed, go through interviews and quotas and waiting periods before being allowed in.

The numbers of illegal migrants … mostly from Haiti and Central and South America … have jumped to 150 a day now ….  more than 1,100 entering Quebec last month alone …on top of  the 6,500 who arrived between Jan 1 and June 30 … and the hundreds more who entered illegally through Manitoba and BC  …. all of whom were welcomed with sympathy by Canadians and local/federal officials.

How could we not be moved!

Who could not feel sympathy seeing those poor people, clutching their few belongings, often wading through the snow … many clearly underdressed for winter …  crossing from Trump’s US into Trudeau’s Canada.

(And I have NO doubt that the CBC’s The National propagandists will soon go to work, doing LOTS of sympathetic “stories” about the sad plight of these people, their photogenic little kids and their families … while glossing over, or ignoring,  that they are NOT refugees, they have ignored and  broken our immigration LAWs, just pushing ahead of  LEGAL immigrant applicants, etc.)

But Canada has to keep it real.

Remember, we are NOT talking about legitimate refugees … trying to save their families’ lives from death and mayhem in warring countries … and who Canada has a both legal and moral obligation to receive and protect.

What we are seeing now are people from poor countries … most of them without much education or any meaningful job skills … just coming here … totally ignoring OUR  laws,  demanding to be taken care of,  fed, clothed,  settled in and then just being allowed to stay  … any Canadian immigration rules be damned.

What began there as compassionate welcoming of legitimate refugees soon denigrated into the wholesale arrival of illegal migrants …thousands a week from non-refugee countries from not only the Middle East, but Asia and Africa … MILLIONS now, with little education and no job skills,  clogging severally already economically-depressed European communities, adding to severe social pressures as well.

Canadians were a bit smug …knowing those those from the Mid East, Asia,  Africa etc. couldn’t just arrive in HUGE numbers in rickety boats. And we did compassionately welcome thousands of REAL refugees. But we never thought that we could face the same predicament …this time with thousands upon thousands of illegal migrants flooding Canada from Haiti, Central and Southern America.

Canada MUST stem the flow … by sending a firm message: illegals WILL be sent home!

If we do NOT enforce Canada’s immigration rules and laws …  and that word goes forward … we’d better prepare for many THOUSANDS more illegal economic migrants.

While those who apply legitimately and legally … continue to wait … and maybe even get pushed aside because our annual absorption quotas get usurped by those who just came here … to hell with our rules..