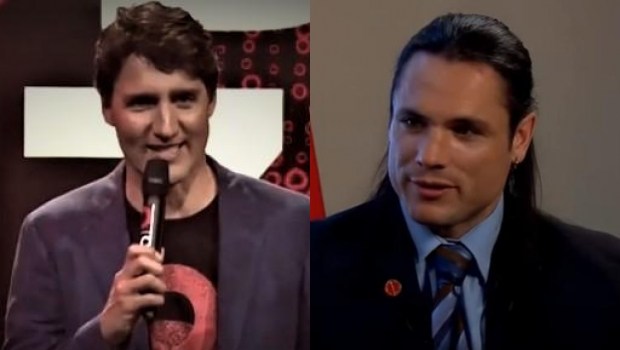 Looks like Mr. “Inclusive” is once again being exposed as a total hypocrite.

Despite global headlines as a “modern” and “progressive” leader, Justin Trudeau is yet again being exposed as an elitist hypocrite who cares only for his own inflated image.

Trudeau is taking tons of heat for his recent comments in a pathetically fawning interview in Rolling Stone, where he discussed setting up his boxing match with Senator Patrick Brazeau.

Here’s what Trudeau said about setting up the Brazeau fight:

“I wanted someone who would be a good foil, and we stumbled upon the scrappy tough-guy senator from an Indigenous community. He fit the bill and it was a very nice counterpoint. I saw it as the right kind of narrative, the right story to tell.”

Trudeau’s mention of the “Indigenous community,” and the fact that he seems to be discussing using the opportunity to fight an Indigenous person to boost his own image, is not sitting well with many Canadians.

The idea that he’s talking about a “narrative” and “right story to tell,” also shows how calculated his image is, rather than being an authentic representation.