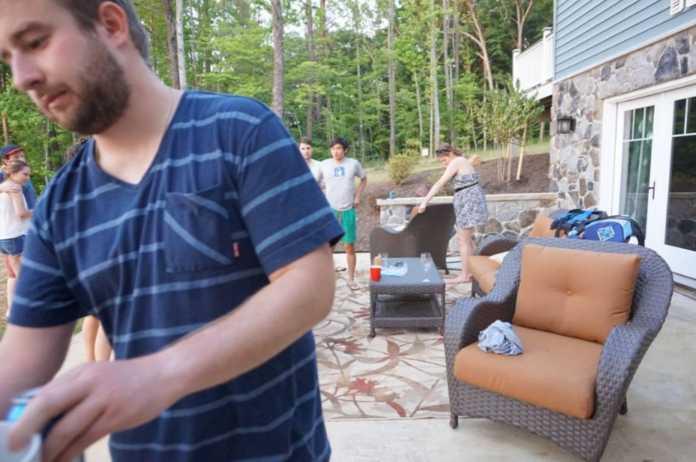 This research has been compiled from every source I could find on not only the demise of Seth Rich, but also of the man he was, Facebook photos, Twitter quotes, and reports taken from the day after he died to the present time.  I am not saying the following:

Seth Rich had quite a history to honor and uphold within his family traditions.  The following was taken from:   http://forward.com/news/344698/promising-jewish-democratic-national-committee-staffer-shot-dead-on-own-was/?attribution=articles-article-related-1-headline

“He wanted to make a difference,” Joel I. Rich, 68, Seth’s father, told the Washington Post. “Politics was in his blood.”

On his LinkedIn page, Seth Rich wrote, “I have an enormous interest in public service and working towards making the world a better place.”

He also worked in local politics in Nebraska, including a stint on a campaign of former U.S. Sen. Ben Nelson.

“He was truly out, I think, to try to save the world,” his brother, Aaron Rich, 33, told The World-Herald of Omaha “He was committed to whatever cause he thought was right.”

“They’d sit there and argue politics for two hours and I’d say I have to go home and feed my cats,” she recalled. “They’d say ‘not yet, not yet.’

So we can see from the above he was entrenched in being a Democrat, but at the same time he was committed to whatever cause he thought was right.  Therefore, one can assume if he was, in fact a Democrat, but discovered that cause was no the right thing, he would do whatever was right.  One could assume if he discovered the DNC was involved in fraud, as the DNC lawsuit claims, Seth would have been compelled to do what was right…even if that meant to leak DNC EMAILS AND TESTIFY IN THE DNC LAWSUIT.

Next, I have tried to find what was reported by police and those who found Seth immediately after he was shot, and before he was taken to the “secret” hospital facility where he died.

“It appears he was targeted,” said D.C. Police Captain Anthony Haythe. “He was shot multiple times.”

Seth was shot at 4:19 in the morning, just two minutes after hanging up with his girlfriend, Kelsey Mulka.

Although there are pockets of darkness, for the most part this neighborhood is pretty well-lit. Investigators tell Crime Watch Daily in the early morning hours of July 10, Seth was walking home. He was only about a block and a half away from home when he was gunned down, shot in the back.

“The officers who were there and they said ‘Yeah, he was quite talkative, he did not realize he had been shot,’” said Joel Rich, Seth’s father.

But an hour and a half later at a nearby hospital, Seth was pronounced dead.

Heartbreaking news to Kelsey Mulka. She was just on the phone with him, and in a split-second he was gone. Now Mulka is breaking news in our exclusive interview, revealing details, telling Crime Watch Daily there was no sign of trouble in his voice that terrible morning.

Still reeling from Seth’s death, Kelsey is horrified to discover that the story of a conspiracy theory is swirling around his death. It all began on Dutch television. The founder of Wikileaks, Julian Assange, made a shocking assertion.

ASSANGE: There’s a 27-year-old that works for the DNC who was shot in the back, murdered.

ANCHOR: That was just a robbery, I believe wasn’t it?

ASSANGE: No, there’s no finding.

ANCHOR: What are you suggesting?