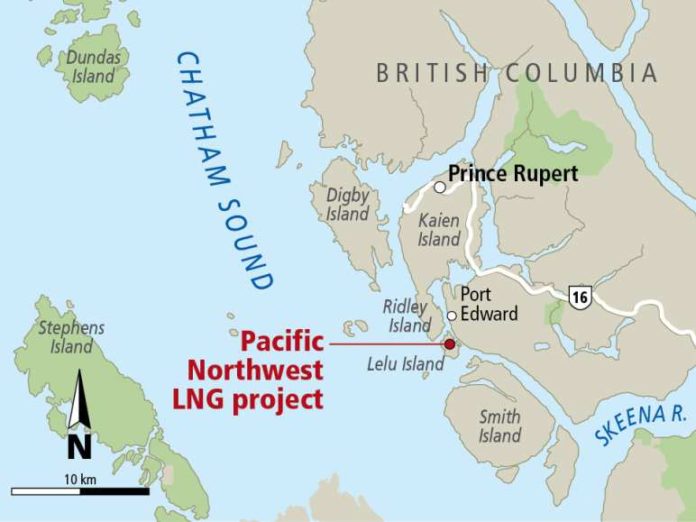 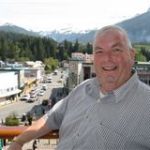 The spin was on: the cancellation of the potential $36 BILLION Petronas LNG project in BC was simply because of world economic conditions … NOTHING at all to do with BC’s new NDP/Greens government.

But world-wide LNG FACTS do NOT hold up that argument.

True,  there is CURRENTLY a glut of LNG on world markets … and that is expected to continue for the next four or five years.

BUT remember, the Petronas project in BC would have taken, at best,  five years to complete (no doubt even longer under the NDP/Greens) … and all the while, demand would continue to rise.

“Global gas demand is expected to grow by 1.6 percent a year for the next five years, with consumption on track to hit almost 4,000 billion cubic meters by 2022. China is projected to account for almost 40 percent of growth.,” reported CNBC just two weeks ago.

“Global natural gas consumption is projected to grow by 83 trillion cubic feet, or 69 percent, between 2012 and 2040, according to the Energy Information Administration. It is the world’s fastest-growing energy source, a title it will hold for decades,”  concluded analyst James Marks an The Morning Consult July 20.

“Global natural gas consumption is projected to grow by 83 trillion cubic feet, or 69 percent, between 2012 and 2040, according to the Energy Information Administration. It is the world’s fastest-growing energy source, a title it will hold for decades,” Marks wrote.

That’s why other countries and companies are still “IN” … because they know full well the long term future of LNG is worth investing in NOW.

Despite sanctions, Russia’s exports of oil and gas now account for 70-75% of total exports and 50-60% of federal budget revenues … and Russia  is now targeting increasing exports to China and other Asian countries…. exactly where BC’s LNG could have made sales.

The Petronas decision will boost not only Russia’s LNG exports to Asia … but US shipments and LNG sales to Asia as well.

“The United States – the world’s largest gas consumer and producer – will account for 40% of the world’s extra gas production to 2022 thanks to the remarkable growth in its domestic shale industry. By 2022, US production will be 890 bcm, or more than a fifth of global gas output. Production from the Marcellus, one of the world’s largest fields, will increase by 45% between 2016 and 2022, even at current low price levels, as producers increase efficiency and produce more gas with fewer rigs,” wrote the Paris-based International Energy Agency in a report published July 13.

In fact, Poland and Lithuania have built new LNG import facilities for LNG; and Croatia is also planning to build one. And several Asian countries  (China, Japan, India etc.)  … much closer markets for BC … have indicated LNG WILL be required to sustain their dynamic growth in the future.

Can we not compete with Australia and the US as growing LNG exporters?  Why?

While others are investing and looking to profit, Petronas   … after YEARS of effort and millions in spending HERE  …  has abandoned its BC project within DAYS of the NDP/Greens taking power.

NDP supporters may not like linking the two … but those are the FACTS.

Of course, I  would not expect the company to say it’s decision had ANYTHING to do with the change of government … but I have no doubt it played a role in the decision.

And seeing the way so many NDP supporters, Green leader Andrew Weaver and various anti resource development activists celebrated the pullout  … I’m more convinced than ever  Petronas saw the ugly writing on the walls. … and that helped them decide to take their LNG billions to where they would be more welcome and face less animosity and even harrassment.

What I don’t understand, though, is why some First Nations leaders/spokespersons are also so happy with the project being abandoned.

Do they enjoy seeing so many band members (but not themselves, of course) living in extreme poverty? Do they think Microsoft and/or General Motors will soon build plants up north to relieve their massive unemployment, economic deprivation and social  problems? Do they think lumber alone will provide all the jobs/royalties/revenues they so badly need? Or do they just want to be permanently on the take from those of us elsewhere (First Nations and others) who do work?

Let’s keep it real: resource developmemt holds the only realistic long-term key to eliminating First Nations poverty in northern BC.  Not much to celebrate, in my view, when investors walk away … and take their chequebooks with them.

No one should be celebrating a decision that will cost BC so many construction, development, operations and services support jobs from a clean industry; and result in the loss of so many billions in investment and revenues … while other countries cash in and leave BC literally in the dust.