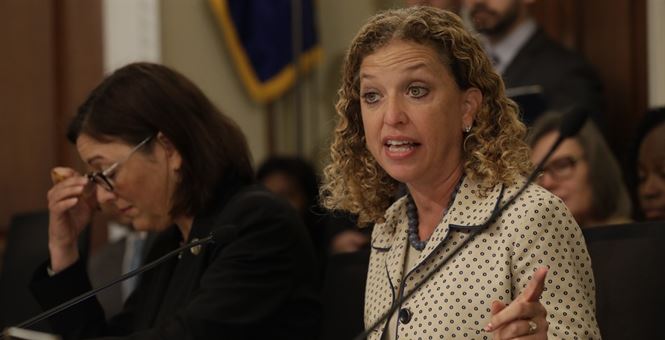 Well, just in case you didn’t hear, an information technology officer has been accused of bank fraud. He tried to flee the country, and now Rep. Debbie Wasserman Schultz’s (D-FL) office has finally fired the aide, despite this person being under investigation since last winter. His termination was made official on Tuesday.

Imran Awan is the name of the subject in question. The Capitol Police launched a probe, where he’s been accused of “serious, potentially illegal, violations on the House IT network.” He also provided technical assistance to other Democratic members of Congress. It was a family affair as well. As Jenn noted over the weekend, his two brothers, along with two of their wives, also worked for members of Congress. Imran moved out of his house in Virginia when he found out he was under investigation last February. He rented the home to a Marine Corps veteran and his wife, a naval officer, who found hard drives that they tried to destroy. The FBI now has possession of those hard drives. Jenn added that Imran tried to enter the home to retrieve the hard drives, though the Marine refused entry.

On Monday, Imran was arrested trying to leave the country at Dulles airport (via The Hill):