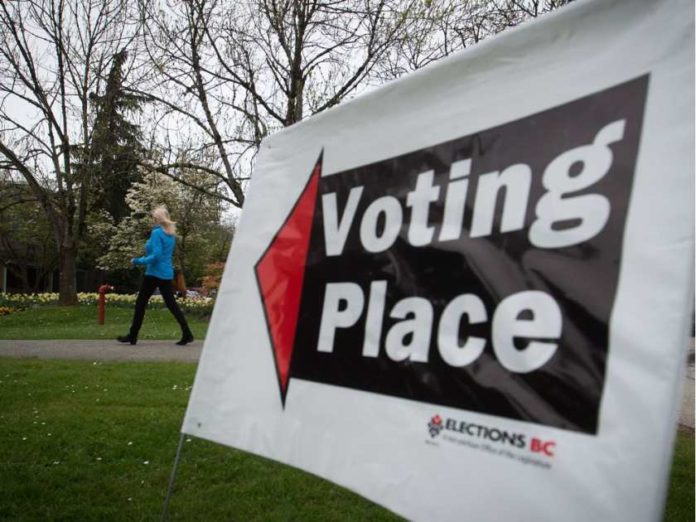 We saw the POWER of the individual vote in the last BC election: some results were so close to call, it took weeks to determine the outcome of not only several ridings, but indeed the entire election.

But what many of us do not realize is that POWER also extends to US as consumers every day, all year long.

Two personal experiences in recent months convinced me of that .. frankly, much to my surprise!

The first occurred to me after shopping at a local Canada Safeway store … Safeway being my FIRST CHOICE grocery store out of habit since I moved West in 1969.

Several weeks ago, I stopped by Safeway to pick up 7 items … total value just over $40 … anticipating a quick shopping experience using their Express checkout.

Although I was second in line, the shopper ahead of me … in the Express line (15 items or less)   … had piled up the conveyor belt and was still unloading a FULL basket: her total order rang in at more than $240!!

I was as much awed by her nerve as I was dismayed … no quick Express Safeway experience that day!  Almost abandoned my basket and walked out …but frankly, I was mesmerized, watching it all add up.  (However,  another shopper who had moved into line behind me was clearly much angrier, muttering and fuming!)

The cashier tried to call for another checkout clerk, but no one showed up.

The cashier afterwards was apologetic and polite: explained that she had pointed out to the offending customer this was an Express lane, but the customer said she was in a rush, could not wait in a regular line …. and there was little more the cashier said she could do, according to Safeway company policy.

I could have just let the incident go; done nothing; just shop elsewhere  … but those who know me won’t be surprised that I decided to speak up.

Customer service at Canada Safeway head office was very good: the phone agent listened; took notes; asked for store info etc. off my bill; asked for my contact info …and expressed sympathy and understanding. She explained the info would be passed on to the store manager, who would contact me directly.

Apparently, Express lanes ARE an important tool for grocery stores these days as they try to stem competition from smaller no-frills-type markets and even drug stores with increasingly large food sections that have been cutting into large grocery stores sales and profits on everyday items.

The local Safeway store manager DID call the next day, but when I started to explain what had happened, he cut me off and explained he already had all the info, and the cashier should have called for another checker. I explained she did … but no one came.

He apologized and offered if I came into the store and asked for him, he’d buy me a coffee.  I did not take him up on his generous offer … or even ask if that would be a Small, Medium or Large?  LOL!

This time I shopped at Save-On.

I bought 8 items there … total sale $46 … and after getting home, noticed several items on the bill seemed to be priced wrong  … and, once more, decided to see what had gone wrong … or if I, myself,  had a Seniors’ Moment … or two or three … in shopping?

Save- On Customer Service put me right through to the store and they immediately checked out my bill over the phone … and then apologized:  one item was indeed overpriced by the computer by $1; another had the lower price for another product right by it on the shelf ; and, two other items were run up also $1 higher each than the posted Sale price, because the Sale price had expired and they had neglected to remove the Sale price tag from the display.

About a total $5 difference. No big deal, I explained.  Just curious what had happened.  Case closed.

But no:  the in-store Save-On Customer Service rep not only apologized …  she asked for my name and then said there would be a Save-On Gift Card waiting for me at the store.

On my next shopping stop there, Save-On handed over a $20 Gift Card … which I promptly spent …and a lot more … in the store.

The difference between how Save-On and Canada Safeway handled these issues fascinated me … especially since the Save-On errors were, in my opinion, quite minor, and the Safeway service problem/experience was much more severe/unpleasant.

The individual shopper IS important … but at Safeway, apparently, not as much as at other competitors.

But big deal: one customer can’t make much difference.

However, the POWER OF ONE …. multiplied by thousands … can be HUGE!

Shortly after my  differing experiences, there was a story in The Financial Post: “Sobeys parent Empire posts massive $942.6-million loss amid Safeway struggles.”

“Weakness in the Western Canadian business has weighed on Sobeys’ results for the past three quarters and that got even worse in the fourth quarter, and sales appear to be softening in other regions of the country.”

You can read the whole article here:  HERE.

The Globe and Mail also wrote about Safeway’s troubles in Western Canada just weeks ago:  HERE.

“The previously reported challenges in Western Canada that have had a negative effect on our results over the past three quarters deepened through the fourth quarter with impacts felt across additional banners in the West,” (Sobey’s CEO) Marc Poulin said in a release late Tuesday.”

Of course, there are MANY reasons for Safeway’s decline. However, we should never think we are INDIVIDUALLY  unimportant as consumers. Because what happens …. bad or good …  is likely also experienced by others … and consumers do have more power than many realize.

Let’s keep t real: I  am not boycotting Safeway: there are many, many very friendly and helpful staff working there … and I still peruse their flyers weekly for sales and deals. ( I am, after all, a pensioner!)

But with so many other retail choices,  for the basics, I certainly no longer rush in there …. and trust that I can get out quickly, using their Express lanes.

And must admit, I just don’t feel that shopper’s loyalty anymore, that went back to 1969, when I moved from Montreal to Saskatchewan.