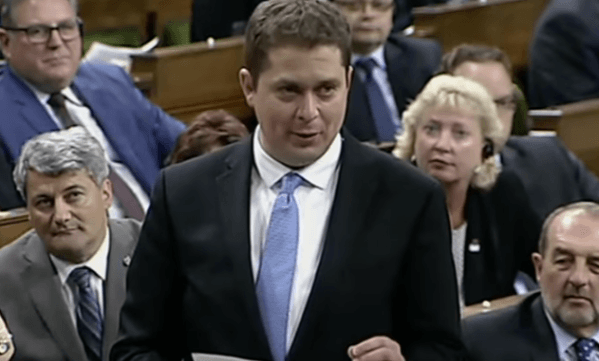 Opposition Leader Andrew Scheer is pushing back against Justin Trudeau’s weak excuse that paying $10.5 million to Omar Khadr was about saving taxpayer money.

As reported by the Canadian Press, here’s what Scheer said:

“Nobody believes that Justin Trudeau is trying to save taxpayers’ money. I do think that outrage that’s being expressed by Canadians is certainly more than what the Liberals were expecting. And I think it certainly shows that they are out of touch with Canadians on this one.”

Scheer also says it’s important for Tabitha Speer and her children to know that Canadians stand with her family, and don’t support the actions taken by Trudeau:

“I think that on behalf of the vast majority of Canadians who don’t appreciate the fact the Liberal government has done this, I want to communicate to Tabitha Speer that not everyone in Canada agrees with this and that our sympathies and our feelings of concern and compassion are with her and her two children,” said Scheer.