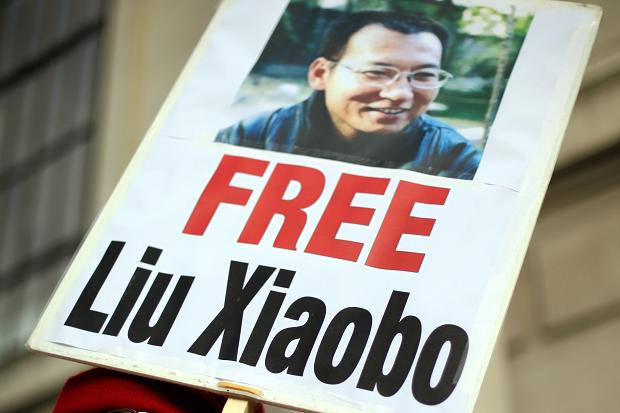 They no doubt are boring to most, but I carefully watch those photo-op events with world leaders: you can usually discern quite easily how sincere or how phony the relationship really is … just by the handshakes (or lack of them) and the look on the faces of the leaders themselves.

Russia’s Vladimir Putin, Turkey’s Tayyip Erdogan, USA’s Donald Trump and China’s Xi Jinping … are EASY reads: I would NEVER buy a used car from ANY of them, even with a signed, sealed and court-registered written warranty.

Nor should we ever TRUST any of them when it comes to our safety, our security …. or even major inputs into our economy!

Because  each of them have proven beyond any reasonable doubt, despite any smiles, hand-shakes or signed pledges,  they believe ONLY in promoting and profiting for themselves, their families and their cronies …. while preserving and protecting their own power.

NOT the people they purport to represent.

Liu Xiaobo knew that … and despite the pressures, the perils and the punishments China’s dictators repeatedly inflicted upon him … and his family … Liu refused to bow his head.

Liu was a writer and literary critic who ran afoul of China’s Communist Party just because he DARED to call for human rights and political reform, including the end of ONE-PARTY rule in China.

He repeatedly spoke of the dream of seeing basic freedoms for the people of his country … something he got away with overseas …but when he returned to Beijing to support the 1989  Tienanmin Square DEMOCRACY MOVEMENT , he was arrested and imprisoned, according to Wikipedia, “from 1989 to 1991 and again from 1995 to 1996 and he was imprisoned for the third time from 1996 to 1999 for his involvement in the democracy and human rights movement”.

Remember: his dangerous, unforgiveable crime:  calling for more than just ONE political party in China!

And not even China’s horrid prison system could silence this true hero: after each release, he continued to write; speak out; and campaign for rights we take for granted … not something cold,  cruel and corrupt dictatorships can tolerate.

In June, 2009 China’s puppet police, prosecutors and its polluted court system sent Liu back to prison …. for 11  more years … for “inciting perversion of state power”.

Not even that could stop Liu’s message.

In 2010, he was awarded the Nobel Peace Prize for “his long and non-violent struggle for fundamental human rights in China.”

I blogged about him then:  http://harveyoberfeld.ca/blog/liu-xiaobo-humanitys-hero/.

But this time, China’s dictators KILLED Liu in prison.

The world MUST remember Liu Xiaobo … and, more importantly, what his treatment at the hands of China’s authorities WARNS us about how cold, evil, cruel and untrustworthy are the government and leaders of that nation.

Their disdain for freedom and democratic principles are there for ALL to see; their words, their smiles and their handshakes mean nothing:  today’s China leaders should NEVER be trusted … even if they have signed on any dotted line.

If they treat their own people this way … just imagine what they would do to us if they could. Not only would writing this blog be a crime, but even reading it would get you in trouble.

Our political leaders MUST remember what China’s leaders today are REALLY  all about.

And we should hope that Liu Xiabo’s message and dream WILL one day prevail.

As he stated in his Nobel Prize acceptance message, sent from his prison cell:

“I firmly believe that China’s political progress will not stop, and I, filled with optimism, look forward to the advent of a free China.

“For there is no force that can put an end to the human quest for freedom,  and China will in the end become a nation ruled by law, where human rights reign supreme.”