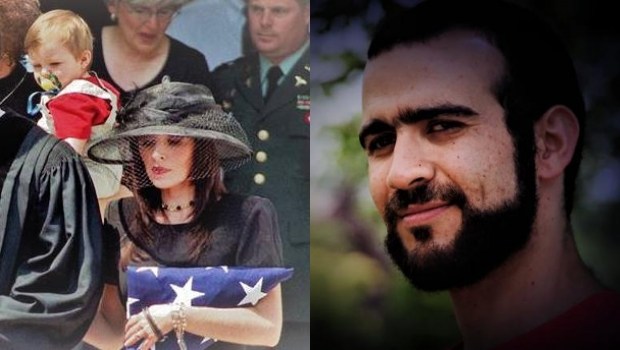 So much for making things right.

Omar Khadr has said he “wishes there was a way to make things right,” with Tabitha Speer.

While nothing he can do could bring back Christopher Speer, many have pointed out that he could easily give Tabitha Speer all – or even some – of the money he was disgracefully given by the terrible Trudeau government.

Yet, instead of doing so, Khadr’s lawyers are now in court fighting to block an injunction by Tabitha Speer and Layne Morris to stop the payment.

While the payment is already likely unstoppable – because of how the Trudeau government gave the money in the most helpful (to Khadr) way possible – the fact that Khadr is fighting to keep all of his ill-gotten loot shows his talk of “making things right,” is just that: Empty words.

Additionally, Khadr is fighting an effort by Speer and Morris to account for his assets.

It would have been so easy for the Trudeau government to simply keep fighting in court against apologizing and against giving money to Khadr. That would have given Tabitha Speer and Layne Morris every opportunity to fight in court. Instead, Trudeau gave Khadr the money behind the scenes – and even tried keeping it a secret from the Canadian people until it leaked out.