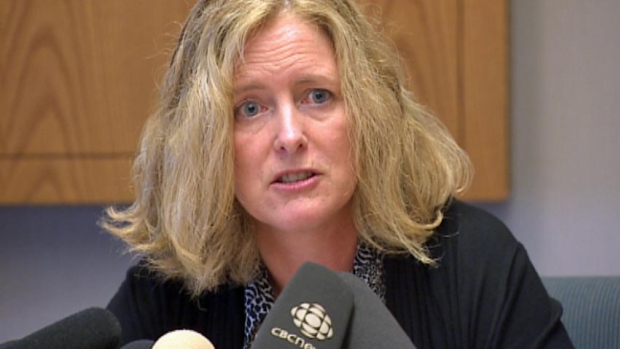 The New Brunswick government gave $720,000 in severance to Dr. Eilish Cleary, the chief medical officer of health it fired in late 2015, something Radio-Canada has learned after a year-and-a-half-long battle with the province over information it believed should be public.

​The reason for Cleary’s dismissal in December 2015 has never been stated, with provincial officials saying only it was a personnel matter and not “politically motivated.”

Cleary had stated she had been fired “without cause” and was considering “next steps” at the time.

In January 2016, the New Brunswick government reached a severance agreement with her, the details of which were kept confidential.

When Radio-Canada tried to make a request under the right to information law to know what the settlement was, it received a response from the minister of health the next month, declining to disclose the amount and citing privacy protection laws.