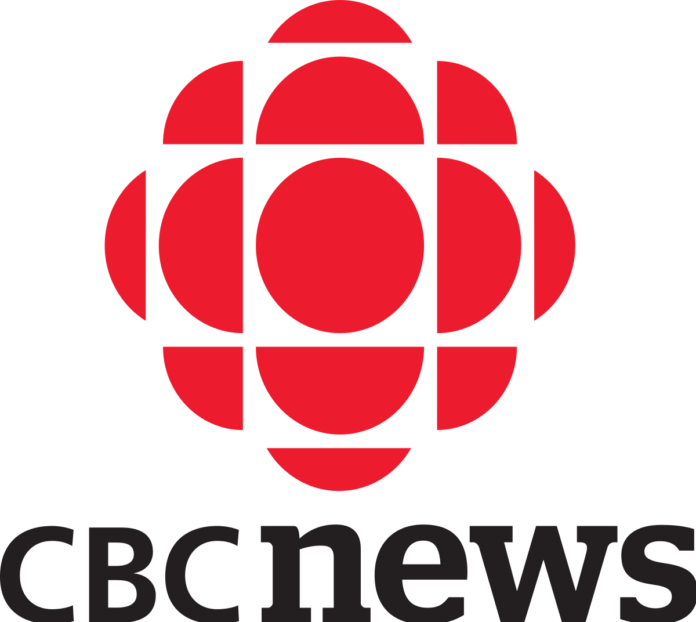 by Harvey Oberfeld
Keeping It Real…

Has the cash-strapped CBC SOLD OFF editorial control of their flagship news program The National to the federal NDP?   Or have they just GIVEN it to them?

Something has gone terrible awry with Canada’s public broadcaster,  whose Journalistic Standards state:

“We are committed to reflecting accurately the range of experiences and points of view of all citizens. All Canadians, of whatever origins, perspectives and beliefs, should feel that our news and current affairs coverage is relevant to them and lives up to our Values.”

Not from what I’ve observed!

The National newscast, I have found, always leaned a bit left, but these days, it has become increasingly difficult for a fair-minded viewer to watch without being concerned … even if you lean left.

I find it is now filled with far too many stories that I would describe as totally one-sided:  “advocacy” journalism pushing a particular point of view …. ie. propaganda.

But remember, it is paid for by ALL Canadians! And read that statement of principles again about what it is SUPPOSED to do.

I would describe The National now as more of a sophisticated attempt to brainwash Canadians to support left-wing political and social policies and ideology … rather than truly cover/canvass multiple sides of important issues … as real journalists should.

In fact, I would dare say even the pretense of “reflecting accurately the range of experiences and points of view of all citizens” …. called for in the CBC’s own standards … appears to have been almost forgotten … or discarded.

And I sensed the real decline began during the Harper years, and is now firmly imbedded.

I can give many examples:

Canadian politics: Certainly seemed to me that The National was harder on Harper and the Conservative government than they had ever been on, say, Jean Chretien or today’s photo-op king Justin Trudeau.  (Readers will recall I too had been highly critical of the former PM and his style and actions … but I never simultaneously fawned over/adored Trudeau or fell so far short of going after Mulcair/NDP’s shortcomings too,  as I felt the CBC did during the last election.)

That’s why I suspect many loyal National viewers were amazed to see Mulcair and the NDP do as badly as they did … or how unceremoniously the NDP’s leader was pushed out of his job soon afterwards.  Because The National, in my view,  did NOT keep it real!

Refugees/migrants: For years,  CBC “news” reports about the refugees/migrants flooding into Europe was little more, I believe,  than one-sided  propaganda … focussing over and over on the desperation of the refugees/migrants (with all the sympathetic pictures/personal stories  they could muster)  to support what I believe was their goal … pushing and pressuring for Canada and Europe to accept more and more refugees and even totally uneducated, unskilled illegal economic migrants, ignoring Canadian or European demographic consequences and/or laws.

That may be sympathetic and compassionate … but it’s BAD journalism.

European friends told me how the great swathes of streaming masses had stolen/devastated crops from farms along their route; how there was growing fear, crime and social unrest in urban areas;  and how gays in even liberal European cities like Amsterdam can no longer safely walk hand in hand because they get attacked by militant Muslims; and I myself have witnessed the growing social problems and security issues in many cities (Britain, France, Italy, Spain) as illegal poverty-stricken migrants … NOT REAL REFUGEES … have flooded European cities, transforming  them completely, and not in a favorable sense, even harassing locals and tourists alike.

I must have missed those stories on The National. Or did they just NOT do them or under-report them?

Maybe that’s why I believe The National viewers could be forgiven for not understanding what drove the wide rise of the right in UK/Europe …. not just xenophobia  …. or for believing Brexit would not actually pass, because the anger of so many working people was under-reported, I felt, in favour of  interviews with  well-heeled pro-EU economists and “intellectuals”,  who clearly under-estimated the growing frustrations  across the land.

And then there was … and is … The National’s coverage of the Middle East.

In my view, disgracefully one-sided … substantially ignoring the DAILY plight and DAILY restrictive laws, DAILY under-protection, DAILY discrimination against Christians, Jews, women, gays in MANY Arab countries …. while also being, I believe,  terribly anti-Israel:  not just pro-Palestinian …  but in the last Gaza war, I felt,  almost the public relations voice of Hamas.

But as soon as Israel fired back, the CBC was right in there, day after day, showing the terrible destruction and LOTS of victims … in Gaza … but, unless I again missed it, precious little about where Hamas was hiding and firing its rockets from … schools, hospitals, etc. … or how it was and still is terrifying and oppressing its own population to suppress any opposition.

And although Israel officials regularly took/addressed some very tough questions and criticism of their actions,  I NEVER saw a TOUGH question from the CBC to ANY Hamas spokesperson about ANYTHING Hamas has done … in fomenting the war, killing its own critics/opponents and hiding rockets in schools and hospitals!   Did you?

And recently, I spotted something even more disturbing on The National … that should concern ALL of us.

On May 29th, The National carried a story about President Donald Trump’s son-in-law Jared Kushner’s possible dealings with Russia. There was absolutely NOTHING wrong with reporting that …and in fact, the script of the piece was quite fair.

BUT in television, PICTURES are also key to telling the story … and millions of Canadians may have missed something really unacceptable in The National’s story, but I did not.

The story dealt with possible dealings involving the US, Kushner and Russia:  the CBC …despite having access to dozens of photos of Kushner “on the job” … used a deeply PERSONAL RELIGIOUS photo of Kushner … wearing a black Jewish skull cap, holding a Prayer Book,  praying at the Western Wall in Jerusalem, standing next to another man, also wearing a black skullcap, and in prayer.

Think about that.  Has the Western Wall been moved to Moscow? Why was such a personal religious picture selected for use in a story about Kushner’s political dealings … when there were so many others, more closely relating to the subject matter?

Even in the midst of the worst stories about Mike Duffy, Pamela Wallin, Patrick Brazeau or Mac Harb … or any other political or work-related  scandal stories on The CBC, I don’t recall EVER seeing a picture of THEM or ANYONE ELSE in personal prayer or in any religious context when other on-the-job  pictures were available.

It would have been terribly wrong.   So WHY did The National choose to use a photo of Kushner wearing a  Jewish skullcap and in deep prayer at a Jewish holy site …. when so many other on-the-job pictures were in their library?

I have asked that question of The CBC …. twice … and have yet to receive an explanation.

Sure looks to me like just another example of the far-left bias that now inhabits the CBC. (The radical federal Greens no doubt approved, but I believe fair-minded Canadians … even those on the left …. should be very concerned.)

And as if The National’s “news” segment isn’t biased enough …  after the first 20 to 25 minutes of the broadcast The National often shifts into what I would call Full Propaganda Mode:  totally one-sided “Features”  … with almost  no alternative points of view;  no tough questions; not what I would ever describe as even coming close to meeting standard journalistic treatment of issues.

Frankly, I am quite supportive and sympathetic PERSONALLY to many of the issues, people and perspectives pushed.  But as a journalist, I am appalled!

It’s not good enough for a real NEWSCAST to do story after story on, say, First Nations poverty and social problems on remote reserves without asking PERTINENT questions: Why are they staying there in the first place, if there are no jobs, no resource development?  How many millions in federal/provincial cash monies have they received or had spent on their communities in the past year or two or five?  Where was it spent? How much went into band officials pockets and all their relations? Are they prepared to open their books to federal officials or even their own band members?

These would admittedly be tough  QUESTIONS but REAL journalists should and would ask  … if you’re not just pandering or pushing/pressuring for Ottawa to ship up more million$.

Same with refugees and/or illegal migrants: lots of sympathetic stories about their struggles to adjust, procedural difficulties etc. in Canada  …  all designed I believe to soften Canadians up to accept more and more … and give/do more for all of them

The personal portraits do touch my heart.   But I must have missed the JOURNALISTIC part of the stories outlining HOW MUCH actual assistance … in cash, goods, services do they each specifically receive? How does that compare with what we do for our own poor or struggling seniors?

I realize some blog readers on the left might be happy, at first, with the perspectives being pushed. As I said,  even I am personally sympathetic with some of what I see … and readers will recall I have blogged in support of Canada accepting and welcoming true refugees.

But in a free democratic society, it’s actually very dangerous to have a national publicly-funded broadcaster purvey one-sided propaganda as news …  contravening its own stated standards “reflecting accurately the range of experiences and points of view of all citizens.”

And that’s what I feel The National has become.

(PS. I have heard that The National’s viewership ratings have slipped in recent years  … to the point that Global National now is watched by more Canadians than the once almost-revered National. If anyone has actual data on this, I’d be pleased to add it.