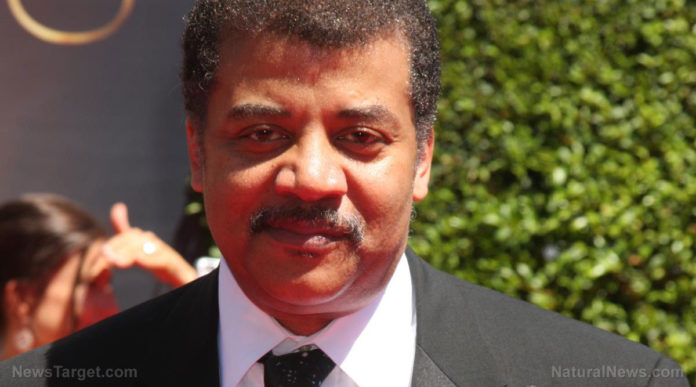 (Natural News) Chances are that during his tenure at Harvard back in the late 1970s, Neil deGrasse Tyson never had cognitive aspirations of becoming a poster boy for corporate, for-profit “science” after graduation. But that’s exactly what this pseudoscience charlatan has become, joining the ranks of other shameless propagandists like Jon Entine and Bill Nye whose entire careers are centered around spreading lies and misinformation about science to the public.

Following in the footsteps of his hero Carl Sagan, Tyson has long been a lover of all things astronomy. After being appointed by former President George W. Bush to serve on the U.S. Aerospace Industry Commission, Tyson would eventually be asked to implement the entire U.S. Space Exploration Policy. His reputation would grow exponentially as a result of these great honors, propelling Tyson to his current status, which some might describe as “ultimate science communicator.”

There’s only one problem, though. What Neil deGrasse Tyson communicates isn’t science – it’s a bunch of corporate talking points strung together to sound cool and edgy. In more cases than not, it’s also flat-out lies, not only about science itself but also about other people. The man is a total fraud, in other words, which is unfortunate because he really could have been someone great, had he not decided to sell his soul to the devil somewhere along the way.

One of Tyson’s most notorious lies is the one that conflates genetic modification with selective breeding. The former involves artificially splicing plant, animal, and even chemical DNA together to create mutant organisms that don’t exist anywhere in nature. The latter is a natural technique by which desirable traits within the same species are utilized to create stronger plants. It’s a very basic distinction, but Neil deGrasse Tyson doesn’t seem to know the difference – that, or he’s willfully and knowingly spreading deception to make GMOs seem safe.

“Tyson has said that we’ve been genetically mutating food for ‘thousands of years’ but this is simply not true,” explains TruthWiki.org.