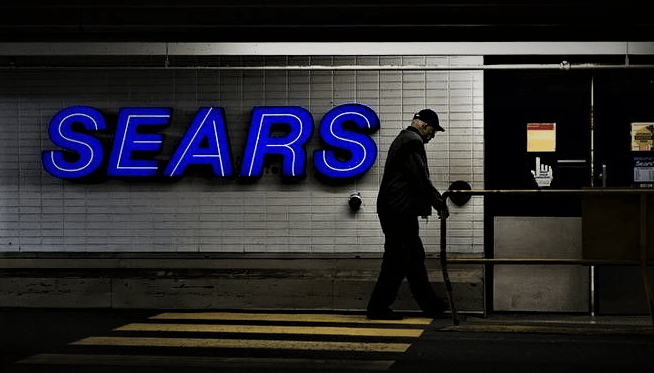 In an example of elitist corporate greed, Sears is trying to “solve” their financial problems by betraying the workers who gave decades of their working lives to the company.

As reported by Global News, Sears Canada “has filed a motion with the Ontario Superior Court of Justice to seek, among other things, permission to suspend certain monthly payments to its pension plan and post-retirement health and life insurance benefits, the company announced today.”

In total, Sears will seek to “suspend” $3.7 million in monthly payments. Health and dental coverage could be brought to an end.

This comes after Sears received $450 million from creditors, yet they say that money is for “re-branding,” rather than keeping promises to their employees.

This is elitist greed at is very worse.