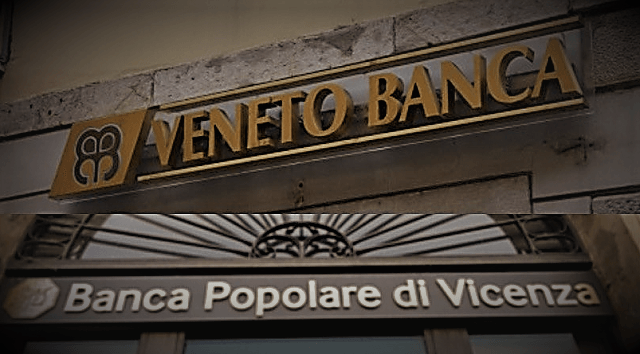 Despite having received a previous bailout, both banks were deemed unable to survive.

Here is the ECB statement on the closure:

“On 23 June, the European Central Bank (ECB) determined that Veneto Banca S.p.A. and Banca Popolare di Vicenza S.p.A. were failing or likely to fail as the two banks repeatedly breached supervisory capital requirements. The determination was made in accordance with Articles 18(1a) and 18(4a) of the Single Resolution Mechanism Regulation.

The ECB had given the banks time to present capital plans, but the banks had been unable to offer credible solutions going forward.

Consequently, the ECB deemed that both banks were failing or likely to fail and duly informed the Single Resolution Board (SRB), which concluded that the conditions for a resolution action in relation to the two banks had not been met. The banks will be wound up under Italian insolvency procedures.”

As noted by ZeroHedge, the Italian Economy Minister Pier Carlo Padoan had said the banks would not be shut down. He even said Italy had no banking problem.