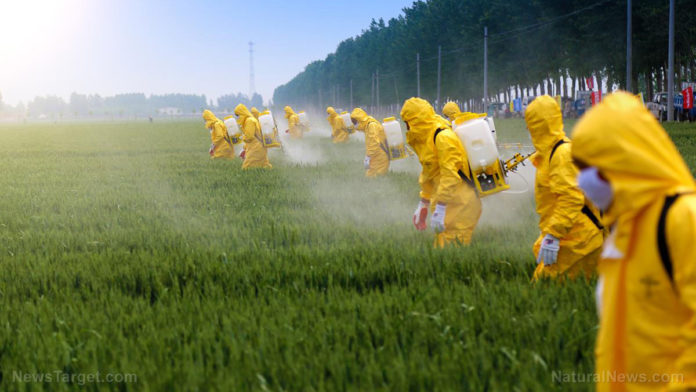 (Natural News) A new report by the American Cancer Society has made the alarming revelation that rates of liver cancer deaths have doubled in this country since the mid-1980s. The report, which appears in the journal CA: A Cancer Journal for Clinicians, offers several possible reasons for this startling increase, including higher rates of hepatitis C infection, an increase in obesity rates, higher alcohol consumption, and a lack of access to healthcare in some demographics. What the report does not discuss, however, is the proven link between pesticides and liver cancer.

It is important to recognize not just some, but all of the risk factors for liver disease, because it kills more than 29,000 people each year. Liver disease is recognized as the fifth leading cause of cancer death in men, and the eighth in women in the United States. Looked at globally, however, liver cancer is second only to lung cancer in terms of total cancer deaths.

Hamdi Abdi, a cancer research fellow at the National Cancer Institute, and the lead author of the study, noted that while other liver cancer causes like hepatitis C infections and alcohol abuse are well documented, it is important to recognize the role that pesticides also play in the development of this type of cancer.