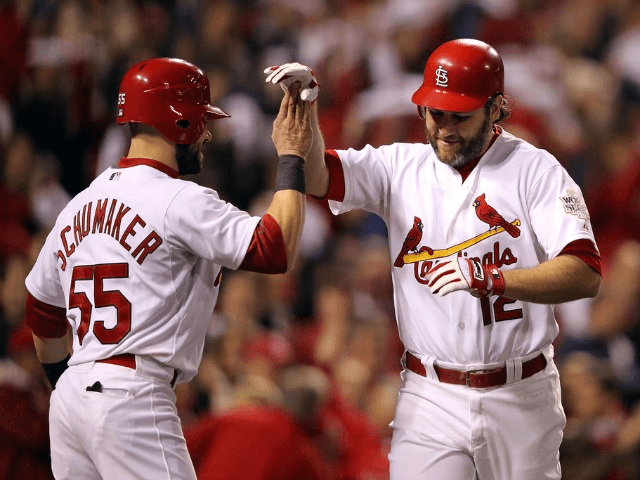 The St. Louis Cardinals have sponsored “Christian Day” for 30 years, but recently gay activists have begun to pressure the Major League Baseball team to cancel the special day, or at the very least to remove former Cardinals star Lance Berkman as the event’s spokesman. To it’s credit the team has rejected the demands.

Gay activists are upset that the Cardinals have allowed Berkman to be the spokesman of “Christian Day” because he recently spoke out against transgender boys posing as girls in school locker rooms. As Paul Mirengoff reported, Berkman said:

The issue is, what to do about a 15 or 16-year-old boy who thinks he’s a girl and wants to shower with the girls. Maybe he is [transgender], maybe he’s confused. But I wouldn’t want him in the shower with my daughters. We shouldn’t have the rights of 2 percent of the population trump the rights of the other 98 percent.

In an interview, Berman added, “To me, tolerance is the virtue that’s killing this country. We’re tolerant of everything. You know everything is OK, and as long as you want to do it and as long as it feels good to you then it’s perfectly acceptable do it. Those are the kinds of things that lead you down a slippery slope, and you’ll get in trouble in a hurry.”