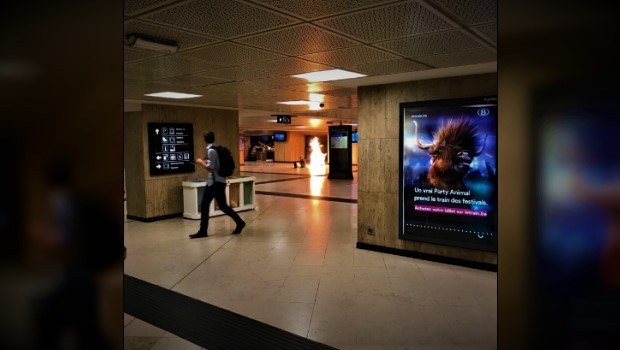 Witness says he yelled “Allahu Akbar” before blowing up device.

An attempted suicide bomber was shot and killed by soldiers in Brussels, in what Belgian prosecutors are calling a terrorist attack.

Brussels remains under serious threat, ever since radical Islamists butchered 32 people in March of 2016.

The Jihadi reportedly set off one explosive device once he realized soldiers were onto him, and was quickly shot before he could set off another. According to reports in Belgian media, he was wearing a bomb belt.

The attack in Belgium follows an attack in Paris where an Islamist rammed his car into a police van, and an attack in London where a man ran over Muslim worshipers as they left a mosque. Previously, hundreds were slaughtered in terror attacks in France, Germany, and the UK, including the Manchester bombing and the London Bridge attack.