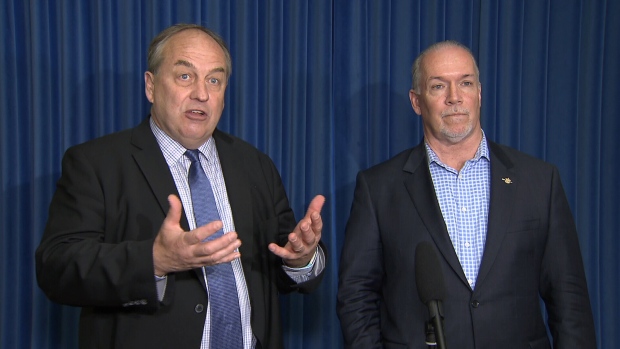 The Opinions expressed by Mr. Oberfeld, are not necessarily the opinions of Easton Spectator…

The Liberals say they are just following proper Parliamentary procedures … but there’s MUCH more to it than that.

The party knows it WILL be defeated on its Throne Speech after the Legislature returns Thursday … so why is it trying to delay the vote for another week or two beyond that?

They are no doubt hoping … and behind the scenes, directly and/or indirectly, pressuring Lt. Gov. Judith Guichon to  call another election.

For this to happen, Guichon need only conclude that the closeness of the party standings and the instability that could develop once a Speaker diminishes the NDP/Greens coalition ranks would prove too unmanageable, disruptive to the province … and thus, another vote should be held.

This would be political interference in the public democratic process … not something a politically appointed representative of Her Majesty the Queen should dare undertake.

The NDP/Greens coalition deserve a chance to govern. … until they are defeated or break up and decide to call an election themselves.

And that’s a stance … and a principle … that should be supported by all BC voters … even those who voted Liberal or Conservative etc.

I understand … and to some extent … share their concerns about what an NDP/Greens government would do; the impact on the economy; jobs; environmental rules; giveaways to supporters; and the impact on taxes; the debt/deficit.

Frankly, though, I think it would be good to have serious reviews of key areas, such as BC Hydro funding and pricing,  Site C dam (without the government’s mind made up in advance) , ICBC, Ferry and Transit  funding and operations, and, yes, what REALLY happened in the BC Rail scandal and selloff.

However, I don’t believe the NDP (not sure about the Greens) would be so foolish to bring in for short-term political reasons such job-killing and investment-destroying changes to ensure that whenever the next election takes place, they will be sent back into Opposition for another 15 years  … or even political oblivion.

And they would not be the first party to back off …or at least delay …some of the promises/stances/rhetoric they dished out during the election campaign … and even the years leading up to it.

But that’s not the point: the NDP/Greens  have agreed to work together; they have the numbers to defeat a Liberal government; and if they do, they should be given the chance to govern.