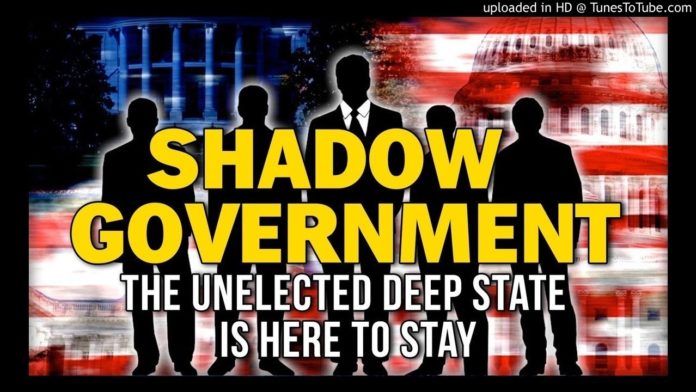 Following last week’s horrific Congressional baseball shooting in Alexandria, Virginia, the U.S. Senate used it as an opportunity to show unity by passing a sanctions bill against Russia – targeting their defense, intelligence, banking, mining, transportation, and industrial sectors. The bill passed with a 98-2 vote with only Bernie Sanders and (NIA’s favorite U.S. Senator) Rand Paul voting against it. Sponsors of the bill said it was necessary to escalate and expand current sanctions while creating new sanctions against Russia in response to “the violation of the territorial integrity of the Ukraine and Crimea, its brazen cyber-attacks and interference in elections, and its continuing aggression in Syria” – all crimes that the U.S. is guilty of but Russia gets blamed for.

The fact that such a deeply divided Senate would overwhelmingly approve such a dangerous and destructive bill, clearly proves that the Deep State is in control of the U.S. Senate. It is a shocking attempt by a Republican-controlled Senate to strip President Trump of his executive powers – as it would require U.S. Senate approval to remove any sanctions against Russia. It also goes against the American people who strongly favor Trump’s desire to improve relations with Russia.

If Russia truly did hack the Democratic National Committee (DNC) to influence the U.S. election, it only proves that the original sanctions against Russia from 2014 didn’t work. Those sanctions, implemented by President Obama, were in response to the Ukraine crisis – a U.S. backed coup that overthrew the democratically elected Ukrainian President, Viktor Yanukovych – for whom 75% of Crimean citizens had voted. The U.S. mainstream media, also controlled by the Deep State, pushed a false narrative that Russia seized Crimea and was threatening to invade the rest of Ukraine – when in fact Russia acted totally in a defensive nature to protect Russians living in Crimea from being slaughtered by Ukrainian troops – and only after the citizens of Crimea voted overwhelmingly (97% to 3%) to rejoin Russia (Crimea had already been part of Russia from 1783 through 1954).

When Attorney General Sessions appeared last week before the Senate Intelligence Committee, the most notable statement by Sessions that got totally ignored by the mainstream media – was his admission that he has never seen any evidence of the Russian government hacking the DNC. In January, after the Office of the Director of National Intelligence released its public report accusing the Russian government of hacking the DNC, but failing to provide any actual proof – it was said that the classified version of the report contained the actual evidence/proof, but this information couldn’t be made public because it would compromise the intelligence community’s “sources and methods”. The mainstream media went along with this “sources and methods” excuse and told Americans that they need to accept the word of our 17 intelligence agencies as fact.

If the classified version of the report contained any real evidence of the Russian government hacking the DNC, Sessions is somebody who would have full knowledge of this information – but Sessions clearly stated that no proof exists that the Russian government was involved at all. The fact is, nobody in the FBI or any of our intelligence agencies ever had access to the DNC’s server. They relied entirely on the totally debunked claims of CrowdStrike, a private start-up that is backed by CapitalG (formerly Google Capital), which is a part of Alphabet Inc., whose Chairman Eric Schmidt has been one of the largest and most activesupporters of Hillary Clinton and the Democratic Party.

The sanctions that were originally imposed against Russia by Obama for the so-called “annexing of Crimea” had relatively no effect on the Russian economy compared to the decline in crude oil prices. The narrative that Putin ordered the hacking of the DNC to help elect Trump believing that Trump would remove sanctions against Russia makes no sense. Trump is good friends with oil & gas fracking billionaire Harold Hamm and a major supporter of using hydraulic fracturing technology to increasedomestic energy production, despite how badly it destroys the environment. The use of uneconomical hydraulic fracturing technology in the Bakken together with the investment community’s desperate “search for yield” created by the Fed’s artificially low interest rates, have allowed money losing shale drillers to remain in business – thereby driving down global oil prices and harming Russia’s economy.

If Putin had a choice of who would become U.S. President, he definitely would have selected Bernie Sanders – who campaigned on banning all hydraulic fracturing. Therefore, if Russia was behind the DNC hacks – it would have released the DNC emails and exposed Hillary Clinton’s corruption at an earlier time to help Sanders win the Democratic nomination.

If Trump wanted to take the path of least resistance and put a stop to the Deep State’s slow motion coup against him, he can easily do so at any time by declaring war against the Syrian government and making the removal of Assad the top U.S. priority. Since Trump’s inauguration, he only received positive coverage in the Deep State controlled mainstream media on a single day – when he fell for the Deep State’s false flag chemical weapon attack in Syria and appeased the Deep State by launching a missile strike on Assad’s air base. Not surprisingly, Trump’s approval rating shot up to the highest level of his Presidency following the air strike (Trump’s approval numbers are just as phony/fake as his pre-election poll numbers).

When NIA first suggested that the Deep State was truly behind the Syrian chemical weapon attack that got blamed on Assad – the U.S. mainstream media refused to consider such a possibility and we were accused of being conspiracy theorists. Unbelievably, Human Rights Watch reported last week about how U.S. led forces are now using white phosphorus chemicals munitions as a weapon in areas of Syria and Iraq that are densely populated with civilians – and U.S. officials have done nothing to deny these reports. According to Airwars, from January through May of this year there have been 680 civilian casualty events in Syria and Iraqthat were caused by U.S. led forces compared to only 457 civilian casualty events caused by Russian forces.

Yesterday, it was reported that U.S. led forces shot down a Syrian government forces aircraft, which according to independentfreelance journalists was attacking a fleeing Isis convoy. The U.S. mainstream media claims that coalition forces were protecting U.S. backed rebels. This is the closest the U.S. media has come to admitting that U.S. led coalition forces are in Syriato help Isis kill Syrian forces. In NIA’s opinion, this attack was in response to the announcement last week that Russia killed Isis leader Abu Bakr al-Baghdadi. The Deep State is committed to not allowing Russia to declare victory in Syria against Isis. The Deep State is desperate to prevent peace in Syria while stopping Trump from establishing good relations with Russia.