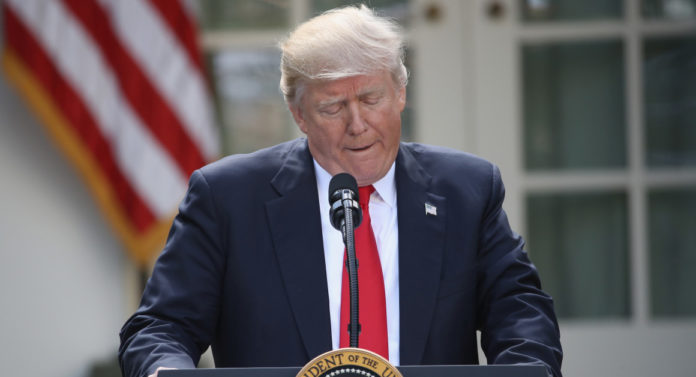 It being the verge of summer, it is time to be ready to repel insects and philistines. One current infestation of philistines has raised the fatuous roar of lamentation over the U.S. withdrawal from the Paris Agreement on climate change. Donald Trump had promised throughout his campaign to do this and it should not have come as a surprise. The treaty consisted of every country pledging whatever its political class was prepared to claim as a goal. Such promises are rarely kept but even if they had been, the Paris treaty would have had no appreciable impact on climate or temperature, though immense amounts of money were pledged to be spent. One of the costlier items was a pledge of US$100 billion a year in climate aid for the developing world. This was just a sophistical exercise in universal deception — any government, democratic or otherwise, that sought to deliver any significant part of such a boondoggle would be promptly evicted from office.

The Paris treaty provided for the expenditure by 2040 of US$3 trillion in subsidies for green energy (especially wind and solar), to get them to provision less than three per cent of the world’s energy needs. Green energy is far from being competitive with fossil fuels, requires crushing burdens of subsidization, creates extensive unemployment and generally retards economic growth. The whole concept is nonsense and has been embraced by venal politicians who want to subscribe to splashy and incomprehensible arrangements that placate the eco-alarmists and create an illusion of progress. Paris was a feel-good agreement that kicked the can down the road and set up insurmountable fiscal and economic hurdles and unsustainable economic burdens that would be upon us in a few years.

Justin Trudeau knows perfectly well from prominent members of his staff who served in the Ontario government what the cost to that province has been of the total immersion pursuit of renewable energy, and German Chancellor Angela Merkel, in shutting down nuclear power out of cold terror of the green vote, has sustained nearly 350,000 suspensions of domestic electricity in Germany.