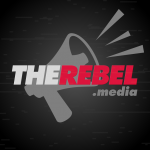 Over one thousand Syrian refugees were welcomed into Hamilton, Ontario. However, one year after the newcomers arrived, local attitudes are shifting.

In one Hamilton neighbourhood 12 months ago, neighbours gathered bicycles and patio furniture for the newly arrived refugees.

They even bought soil to help the Syrians plant a vegetable garden.

But today, relations in the community are anything but neighbourly:

Complaints about boundary issues, violations of private property, unsupervised Syrian children intimidating the Canadian kids and causing adults to fear for their safety.

This week, one incident occasioned the presence of police.

A witness, Andrea, who reached out to The Rebel, rushed out of her house after hearing a commotion outside. What she found was a frightful standoff involving one of the Syrian families from down the alleyway hurlings rocks and bricks at her Canadian neighbours, with kids in the crossfire.

I talk to witnesses, alleged victims, and the accused refugees in an exclusive on-the-ground report you absolutely have to see to believe.