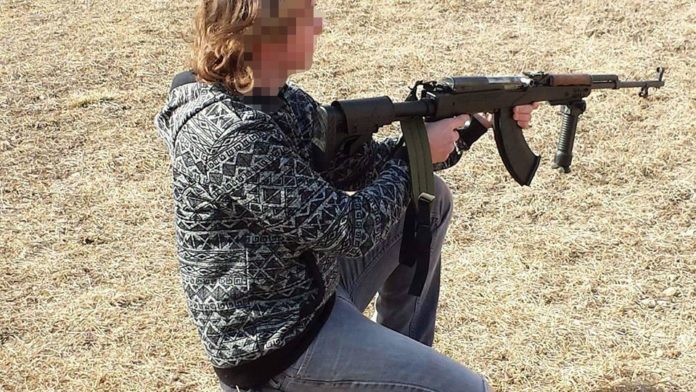 They call themselves the Three Percent. They’re armed, say they’re ready for war on Canadian soil, and experts say they are dangerous.

In front of Calgary City Hall, a couple dozen of them stood shoulder-to-shoulder in an attempt to make an unbreakable human wall. Each of them wore a uniform consisting of a black T-shirt emblazoned with a Roman helmet—a look that wouldn’t be out of place in a biker gang. It was a line filled with mostly men, and a few women, who you wouldn’t want to go toe-to-toe with in a bar. All of them were white.

Some of the III% (the “three percent,” as they call themselves) brought shock canes—a non-lethal weapon that can deliver up to a million volts to the person hit—while others had billy clubs or regular old canes. On many of the shirts was the III%’s credo, “NSA”—Never Standing Alone. Scattered throughout the rest of the square were small groups overseeing the proceedings from an elevated position, as well as III%er members dressed in plain clothes milling about the crowd gathering “intel” on what they considered to be the day’s enemy—Antifa, the anti-fascist group. 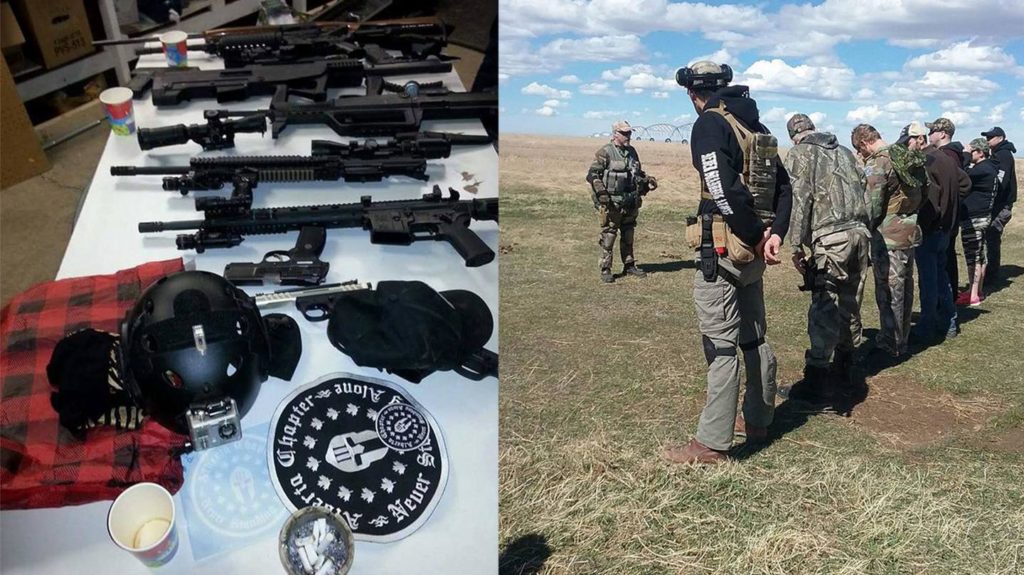