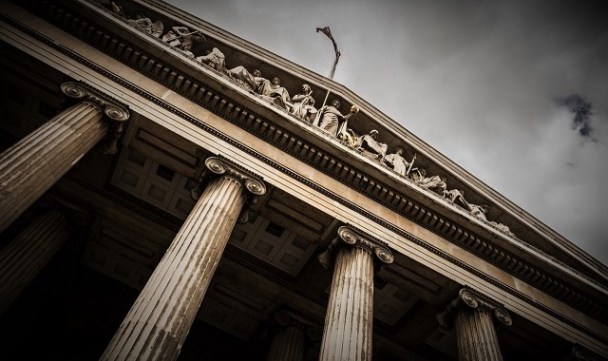 In a world that seems to get more and more complex every moment, it’s easy to forget that true leadership still comes down to a few essential basics:

Whether its within a family, a town, a province, or a nation, those are essential parts of successful leadership. They require physical, moral, and intellectual strength, and all successful nations and civilizations possess them.

That’s why the weakness of so many leaders of western nations is not only appalling, but also very dangerous.

When it comes to keeping people, protecting and enforcing borders is the first and most important part. A nation cannot have a healthcare system, an education system, infrastructure, art, or anything else, if it does not have borders that are respected. That means a strong military is a necessity – not for the purpose of invading other nations – but to deter invasions from others. It also means a country must have full control over who is allowed to enter.

This isn’t about being welcoming or not. Welcoming people on a legal basis is fine if that is what the country has decided. Yet, there is a huge difference between a country choosing who to let in, and having that choice made for them through people disrespecting the border and disrespecting the law.

In Europe, a flood of migrants has led to severe problems in many nations, yet the European Union doesn’t let people enforce borders. Those few nations that have ignored the rules in order to secure their country are now being met with threats from the increasingly authoritarian EU bureaucracy.

Here in Canada, our “leader” tweeted that “everyone is welcome” in Canada – ignoring our border laws and encouraging illegal crossings.

On military spending, nations that once fielded immense militaries are now unable to even spend a minuscule 2% of GDP on their own defence. In the case of a serious conflict, most western nations would be caught completely off-guard, and our population would be sitting ducks.

Not only have our outer defences diminished, but our leaders seem to have no internal willpower to defend our society.