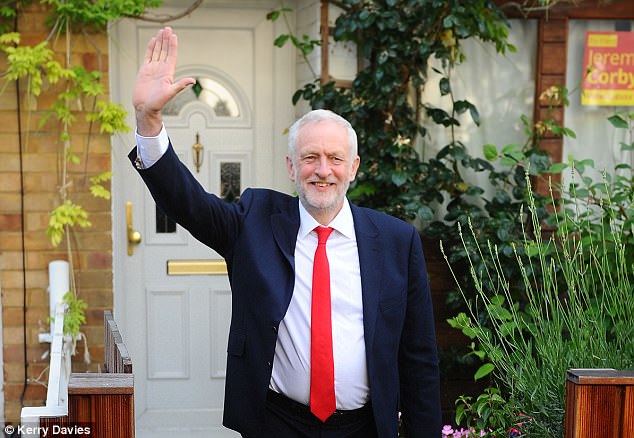 By Stephen Glover FOR THE DAILY MAIL

Theresa May surely has only herself to blame for the Tories’ appalling performance on Thursday. Even before the polls closed it was impossible to find a Conservative MP who thought she had run a good campaign.

But there is another group of people who certainly made a contribution to the outcome and should be hanging their heads in shame this morning. I am speaking of the BBC.

Our national broadcaster accounts for about 50 per cent of news output in this country via its multiple television, radio and web outlets. It is immeasurably more influential than any other news channel or newspaper. That is why it is so important it fulfils its sacred duty to invigilate politicians without fear or favour.

In the case of Jeremy Corbyn, it failed miserably over the past few weeks. This was rather surprising because during the Labour leadership contests in 2015 and 2016, the BBC was almost eager to expose his obvious shortcomings and unsavoury political liaisons. Having been admirably forensic then, Auntie was laughably indulgent over the past few weeks.

Let me put my complaint another way. How many of the nearly 13 million people who voted Labour are aware that Jeremy Corbyn has a track record as an associate of Middle Eastern terrorists and IRA killers?

How many of them know that in 1984 this lifelong friend of Irish Republicans asked two former IRA convicts to speak in the House of Commons, a fortnight after the IRA had tried to blow up Margaret Thatcher and the Cabinet, killing five people in the process?

And what proportion realise that as recently as 2009 Corbyn described the terrorists of both Hezbollah and Hamas as his ‘friends’ as he hosted an event on their behalf?