Watch the astonishing idiocy of Al Gore in this mind blowing video clip above (at least, until Youtube bans it)… 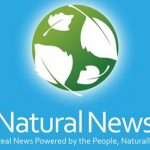 (Natural News) The sheer idiocy of Al Gore and the climate change cultists never ceases to amaze me. Now, according to Al Gore, every time the moon’s gravity causes tides to roll in, it’s a “global warming” apocalypse and proof that the oceans are catastrophically rising at the rate of nearly one foot per hour.

Seriously, this is the science bunk Al Gore is now pushing in the media.

In an interview with Fox News on the subject of climate change, Al Gore said, “I went down to Miami and saw fish from the ocean swimming in the streets on a sunny day… the same thing was true in Honolulu just two days [ago], just from high tides because of the sea level rise now. We are going to suffer some of these consequences…”

HUH? In the twisted mind of Al Gore, tides are proof that the sea level is rising. Gosh, does that also mean that every time the tide rolls out and the water level drops, climate change is solved? Does Al Gore really think global warming causes sea levels to rise by almost a foot every hour?