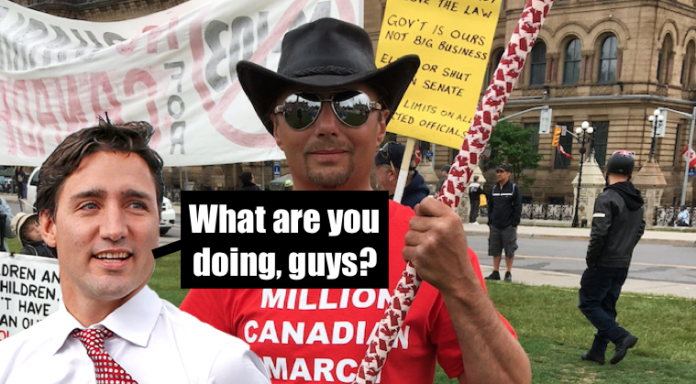 Thousands of Canadians who support U.S. President Donald Trump marched in the northern country’s capital over the weekend to protest their head of state, Prime Minister Justin Trudeau.

According to The Daily Caller, the march, organized through Facebook, was organized to protest the Liberal government’s attempts to regulate free speech and its out-of-control spending since taking office in October 2015.

Mike Waine, the event’s organizer, dubbed it the “Million Deplorable March” in honor of Hillary Clinton’s infamous speech to a room of campaign donors two months before her crushing defeat to Trump. He says he was inspired to host the event because he felt the prime minister gets a free pass from Canadians and the media.