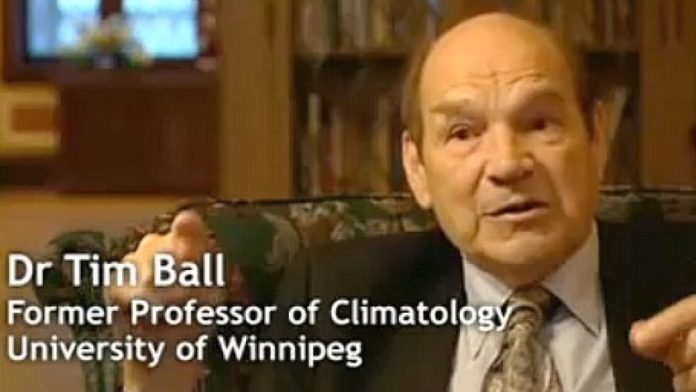 (WND) – President Trump officially withdrew the United States from the Paris climate accord, and one of the leading climate experts disputing the purported consensus on climate science is praising Trump for making the right decision for the American economy and for sound science.

“I’m glad that Trump had the fortitude to stick it out despite all the attempts to waylay him,” said Dr. Tim Ball, a retired climatologist at the University of Winnipeg and author of “The Deliberate Corruption of Climate Science.”

“He didn’t have to rely on the false science,” Ball told WND and Radio America. “He relied strictly on the economics of it, that it’s a very, very bad deal for the United States. In fact, it’s deliberately designed to punish the United States.”

Ball said the Paris climate accord was simply the latest incarnation of the old Kyoto Protocol from the 1990s that sought to redistribute wealth from the industrial nations. He contends the Green Climate Fund, which is part of the Paris agreement, is the latest effort in that regard.