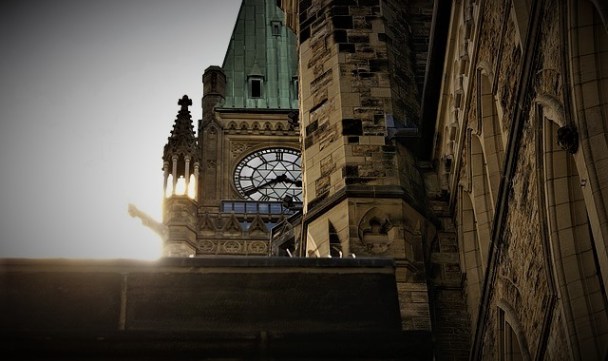 Control of the government must be returned to the Canadian people

It only takes a quick look at the way things are to see that our political and economic systems have become extremely corrupt.

Wealth and power are being concentrated in fewer and fewer hands, and outside of elections every four years, citizens are often powerless to influence the direction of our government.

While our own people suffer, billions in taxpayer money is given away to foreign countries, while the influence of foreign banks and corporations grows by the day.

As a result, it’s no longer enough to make small changes or just tinker around the edges of the system. The corrupt system must be crushed, and replaced with a new way of thinking that seeks to empower the Canadian people, rather than dominate us.

Here are some ideas on how we can crush the corrupt system and return our government to the Canadian people:

Canada needs recall legislation. Politicians are too secure in their jobs, knowing they can get away with breaking their promises and then have nearly half a decade before facing voters again. Recall legislation would put power back where it belongs – in the hands of the Canadian people. Instead of Canadians living in fear of what our government will do, our government and the politicians should live in fear of the Canadian people.