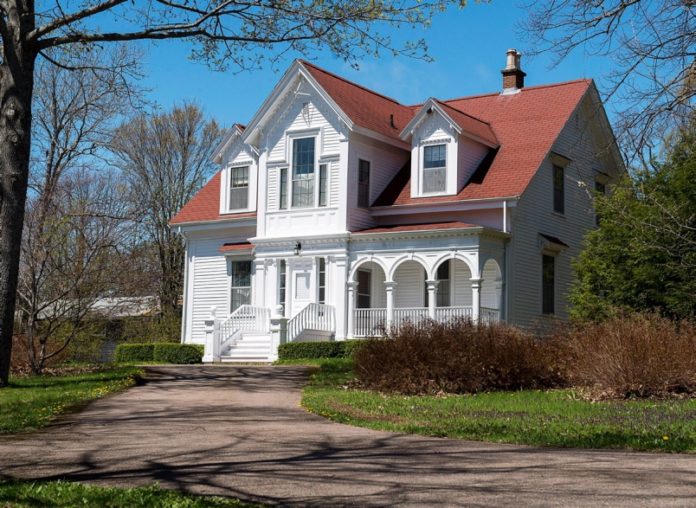 (This stately house was built in 1867 by shipbuilder John Ferguson in Pictou, N.S. The region was booming in the mid-1800s, but for some on the East Coast, the start of the region’s decline can be traced to a day almost 150 years ago: July 1, 1867.   Photograph By Andrew Vaughan, The Canadian Press)

If this grand old house had been built in Toronto, it would be a showpiece worth millions.

Instead, it can be found on a three-quarter-acre lot in tiny Pictou, N.S., where it can be yours for $425,000 — roughly the same price as a small Toronto condo.

“John Ferguson was the home’s builder and first owner, and he was involved in shipbuilding. And like the ships, this house was built to stand the test of time,” says Norma Nixon, the home’s current owner. “It’s definitely a symbol of prosperity.”

As old as Confederation itself, the house serves as an apt symbol of how the Maritime region, at one time an economic engine that boasted the finest homes in the land, has long since fallen behind wealthier neighbours to the west.

For some on the East Coast, the start of the region’s decline can be traced to a specific day almost 150 years ago: July 1, 1867, Dominion Day.

In the 1860s, New Brunswick, Nova Scotia and Prince Edward Island were wealthy, confident, self-governing colonies that had little to gain by uniting with the virtually bankrupt and politically deadlocked colonies that would become Ontario and Quebec.

“Our standard of living and quality of life was as good as anybody’s in British America,” says Edward MacDonald, chairman of the history department at the University of Prince Edward Island. “We were full of confidence and had a sense of agency over our lives.”

The pre-Confederation years are known as the “Golden Age,” when East Coast sailing ships ruled the seas, and Maritimers produced textiles, timber, foodstuffs and other products for New England, Britain and the West Indies.