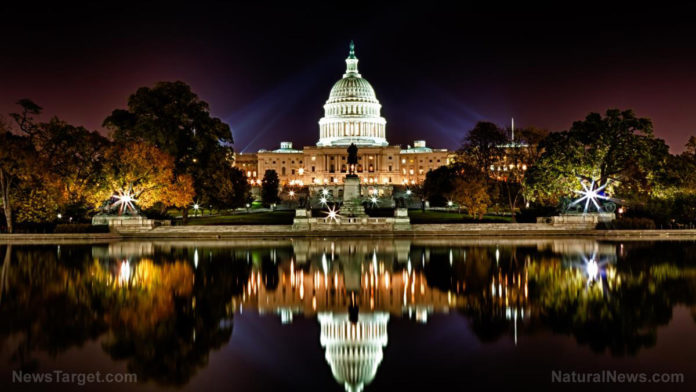 Indeed, nearly every media accusation against Trump has been based on nothing but innuendo, misleading headlines, fake “anonymous sources” (a Washington Post favorite) or outright misrepresentations of hard facts. The New York Times and Washington Post have deliberately published fake news, then whipped it all into a “media circle jerk” frenzy where the same false stories are repeated across the ‘net, all hyped up by Facebook’s selective oppression of liberty-oriented news so that left-wing media lies are more easily shared.

(Natural News) This is a high priority alert. The Washington Post, now exposed as a CIA propaganda front, and the New York Times (a fiction-pimping anti-American rag owned by a Mexican national) have tag-teamed their way to their desired finish line: The impeachment and indictment of President Donald J. Trump.

This has been accomplished through the publishing of a seemingly endless stream of utterly fabricated fake news stories, nearly all of which are based on “anonymous sources” that are probably little more than schizophrenic voices in the heads of the reporters writing the “news” in the first place.

The aim has been to accuse President Trump of every imaginable crime, from “leaking intel to the Russians” to “obstruction of justice.” Keep in mind that these same discredited media outlets gave Obama a pass when he laundered $1.7 billion in cash and delivered it to Iran on a military cargo plane.

They are the same fake news media that looked the other way when Bill Clinton met with Loretta Lynch on the tarmac in a private meeting to pressure Lynch to back off any potential criminal investigation of Hillary Clinton’s long list of crimes.

They are the same anti-American media that said nothing when Hillary Clinton cheated during the presidential debates by receiving the debate questions in advance from CNN. (She also pre-sold her anticipated presidency by collecting tens of millions of dollars in “donations” and “speaking fees” from foreign interests.)

They are the same media that stood silent when former President Obama weaponized the IRS to suppress the speech of conservative non-profits. Similarly, nobody in the media seems to be alarmed at all that Obama abused the state surveillance apparatus to spy on his political opponents such as Rand Paul.

These are all serious crimes, serious abuses of power and treasonous acts carried out by Obama, a Democrat. Yet the left-wing media remains silent on every one of them. What’s obvious from all this is that, according to the left-wing media, Democrats can do no wrong and all their crimes are whitewashed by default (even the obvious murder of Seth Rich). Yet Republicans are instantly guilty of the worst crimes imaginable, even when they’ve done nothing wrong at all.

REAL crimes committed by Democrats are deliberately overlooked, in other words, while FAKE accusations against Republicans are hyped up until they’re made to look legitimate and damning, to the point where Democrats are all madly hyperventilating and claiming to be “triggered” by nearly everything.

It is against this background of wild disinformation, media lies and conspiratorial plotting that President Trump is now facing the most serious challenge of his administration: An aggressive attempt to remove him from office through impeachment and indictment over entirely fabricated, baseless accusations that are lacking any real facts.