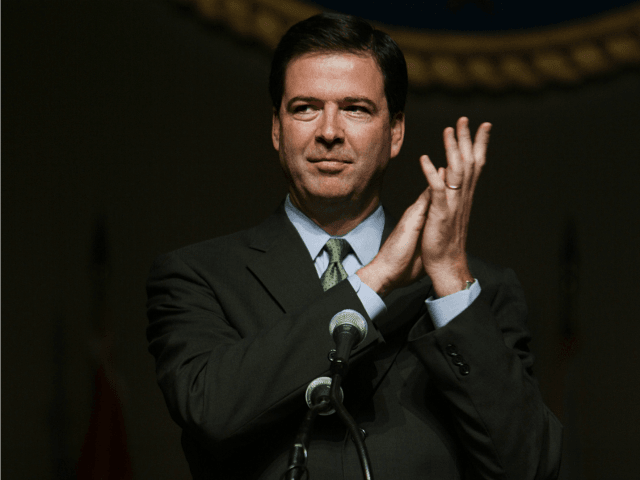 by JOEL B. POLLAK

The New York Times reportedTuesday evening that President Donald Trump had a private conversation with former FBI director James Comey in which the president allegedly expressed his “hope” that Comey would “let go” of the investigation into former National Security Adviser Michael Flynn. Flynn had reportedly resigned the day before.

It turns out that Comey documented the conversation in a memorandum, “part of a paper trail” he reportedly created to release later to tell his side of the story in the event things went awry — which, as the world now knows, it did. (The White House has rejected Comey’s version of the conversation, which took place in the Oval Office.)

The Times identifies its source as “one of Mr. Comey’s associates,” who did not provide a copy of the memo but read it aloud on the telephone. The Drudge Report calls the story “Comey’s revenge,” and thus it would seem to be.

If anything justifies President Trump’s decision to fire Comey, it would be this effort to leak details of their private conversations to the media with the obvious intention of causing the maximum political damage to the president.