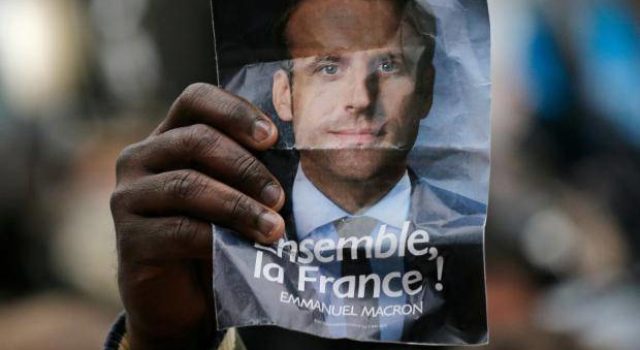 “There is no such thing as French culture. There is culture in France, and it is diverse.”—Emmanuel Macron, new globalist president of France

“We’re just going to have to get used to living with terrorism.”— another quote from Emmanuel Macron, President-elect of France

France’s new ultra-liberal president-elect Emmanuel Macron doesn’t see the mass migration of mostly Muslim men coming into Europe as their Hijra or Jihad by immigration but instead, he sees it as a necessary migration because of, wait for it…”global climate change”…

Express UK-Mr Macron, a former investment banker, who is Marine Le Pen’s rival in the race to become president, made his views known during a climate change debate.

He told the crowd: “We have entered a world of great migrations and we will have more and more of it.”

“In the coming decades we will have migrations from geopolitical conflicts that will continue to play, and we will have climate migrations because the planet is in a state of deep imbalance,” he said.

Mr Macron told the audience at the event for the Science and Future magazine that he thought that France’s failure to tackle climate change had also been a factor in the reasons for migration.

“France will not be able to stem it, and Europe will be affected immediately. We will see a migratory phenomenon far greater than what we have seen [with migrants from] Syria.”